Variety is the spice at Warriors Path where multiple stacked trails offer something different around every turn. Designed and built by mountain bikers, the thoughtful layout gives way to numerous alternate lines and plenty of challenge.

Warriors Path State Park is located along the shores of Fort Patrick Henry Lake and the South Fork Holston River. It encompasses 950 acres and has loads of visitor amenities. The MTB trails are situated on ~150 acres of that land, but not connected to the campground or main park area by trail. The drive from the campground and park visitors' center is 5 miles away, but easy, with signage at every intersection. The campground is well maintained with electric outlets and running water at the sites. Showers are also available here.

It's worth the time to stop by the park visitors' center. The park rangers are super helpful, and you can also get directions to the trails, printed maps, and learn more about the local history. If you are looking to hook up more riding in the area consider Bays Mountain Park and stay another day.

Caution is advised during hunting season as this trail crosses into TVA land that allows hunting.

Take a map with you or use the MTB Project mobile app. Intersections are marked, but the trails lie close together in places and turns come up quickly. There are also many connectors out there that would shorten the ride (which you dont want to take on this loop)!

Starting in the main parking lot off of Freeman Road, this ride follows a clockwise loop and uses every main trail, beginning with Darwin's Revenge. Start that on the east side of the main parking lot. The kiosk is on the opposite end near the powerline cut. Working back from the kiosk, it starts on the right. Magic Carpet trail comes in on the left, the end of this loop.

Take Darwins to for 1.9 mi. and take a left on Boneyard. Boneyard (also 1.9 mi.) has several good-sized rock gardens and one really good downhill early. It takes you down very close to the lake. These two trails are both rated advanced locally. They have some long fast sections with some rooty and rocky bits as well.

When Boneyard ends at the powerline clearing, take a left there to access Rock City at the top of the hill. This trail lives up to its name and has the most concentrated section of rocks on the ride. Many of the lines are tight and require some level of commitment to roll through cleanly.

Rock City finds its way to the lake road where the Whitetail Loop starts off to the left. Stay on this for nearly two miles and take RT at the next intersection on the Pawpaw, one of the newest additions to the trail system. Pawpaw takes you back to the Whitetail loop where you'll be taking another right at the intersection. Note: these RTs on and off Pawpaw are the only right turns on this ride.

Whitetail will cross the powerlines and take you to the Zipline trail which is a very fun downhill. At the bottom of the hill, turn Left back up the Whitetail alternate 2 track, and then another left on Ridge Top, which crisscrosses this road a couple times then traverses across to the final trail (all down) on Magic Carpet.

Warriors Path is a model example of what can be done with teamwork and partnerships. Trails started being built in approximately 1996 when the Northeast Tennessee Mountain Bike Association (NTMBA) began working some intitial trails. As the relationship with the park grew, so did the miles, as extensions on some of the longer loops and new trails were added in the early 2000s. In 2004, the IMBA Trail Care Crew had a visit with NTMBA, to bring Darwins Revenge up to the trail it is today. In 2008, NTMBA became SORBA Tri-Cities, and that Chapter added Paw Paw, which will be the final trail in that section of the park.

Warriors Path State Park lies in a very historical area. Named after the the war and trading paths used by Native Americans, it is in the the same corridor as the road used in Colonial times known as the Great Wilderness Road to Nashville. 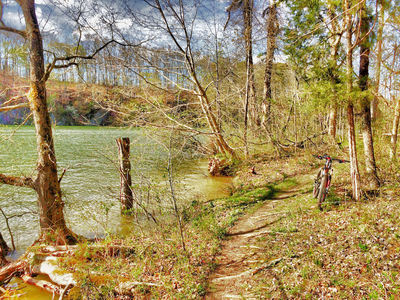 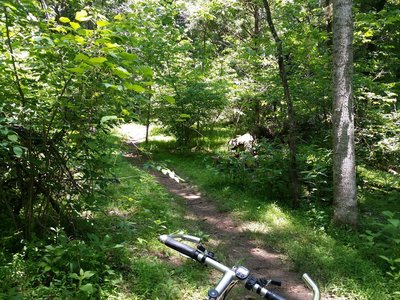 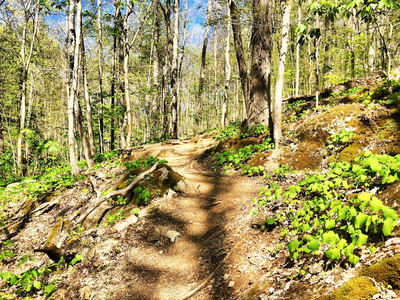 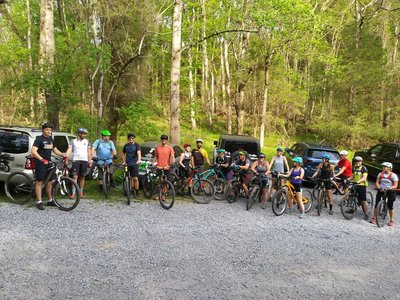 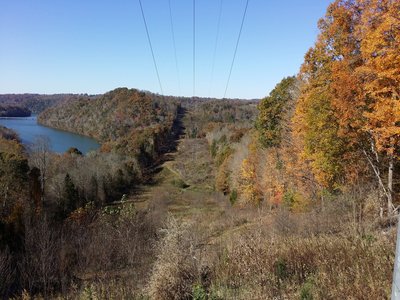 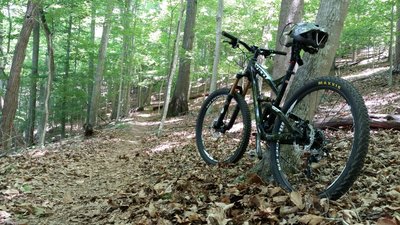 All Clear 26 days ago See History