Open mid-spring through late fall. Check with locals for snow conditions and removal of downed trees.

This ride is the burly, backcountry brother to the nearby and more famous McKenzie River Trail (MRT). While the MRT offers easily accessible singletrack, the O'Leary Trail Loop serves up endless backcountry adventure with narrow trail hurtling into tight switchbacks, rock walls built decades ago by the Civilian Conservation Corps, throttling climbs, and a final descent that makes you forget the pain.

Although both trailheads are accessible by vehicle, a good way to link the two is to ride from the Kings Castle trailhead east on King Road/National Forest Road #2639, and then climb south on National Forest Road #1993 to the Olallie North trailhead. Starting the ride from nearby McKenzie Bridge offers restrooms, parking, and food/beverages. Going big with this route adds several pavement and gravel road miles, but more importantly puts the total climbing near 8,000 vertical feet of leg-searing ascending. Ah, but the payback....

This ride requires fitness, and A LOT of skill, and the ability to keep your cool in a remote, backcountry setting. If you break your ankle in the middle of this ride you'll be spending the night before search-and-rescue can come retrieve you for your heli lift. Don't do this ride alone and choose your crew carefully.

From the Olallie North trailhead on National Forest Road #1993 head south on Trail #3529. The climbing starts immediately; get used to it. After what seems like too long surrounded by tall trees and leafy rhododendrons the trail will cross National Forest Road #340, and you can take solace that youre about halfway up the mountain.

Not too far past the road, turn right onto Trail #3321 and out towards the ridge. The landscape changes and the trail gets narrower, more rugged, and rocky. Youll pass the high point next to McLennan Mountain but wont get a break until youve switchbacked up to Macduff Mountain. Stop here, scramble up the scree slope, and savor the view of the Cascades.

The trail finally heads downward, and with a vengeance. The vertical peels off the altimeter as wildflowers and views fly by, but dont take your eyes off the tread for a moment because the only predictable part of the ride is that it is unpredictable. Sharp turns, rocks, bear grass obscuring the trail, and nonchalant porcupines are standard fare.

After passing a large segment of rock retaining wall that was built during the Great Depression the trail crosses National Forest Road #411; dont miss the barely discernible tread as it heads back up the hill on the right side of the road. The trail again takes a nosedive on an old-school descent that will have you wondering how people ever rode mountain bikes before disc brakes and dropper posts.

Payback time. Ingest some sugar, shake the lactic acid from your legs, and get your flow on as you twist though a moss-encrusted forest on a trail that looks like it was tailor made for your weary body. Once youve whooped and hollered one last time at Kings Castle trailhead it is time to roll into McKenzie Bridge and eat a large meal of gluten, dairy, and meat, because youve earned it.

The Civilian Conservation Corps built part of this trail in the 1930s during the Great Depression. Also make sure to check out the bronze plaque at the top of Macduff Mountain that commemorates Nelson F. Macduff who was an early forest supervisor.

Chris Bernhardt with improvements by R B
Full Details 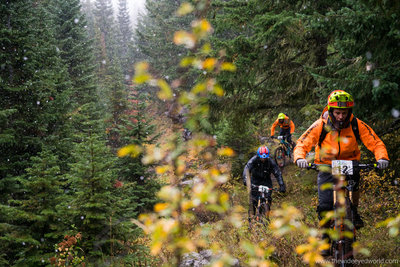 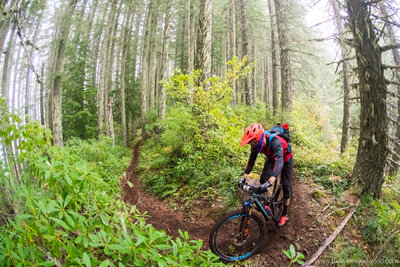 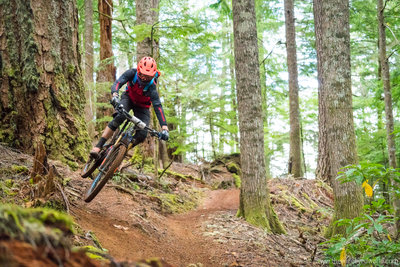 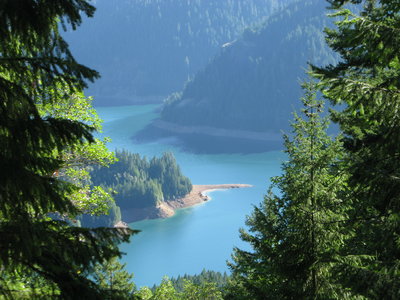 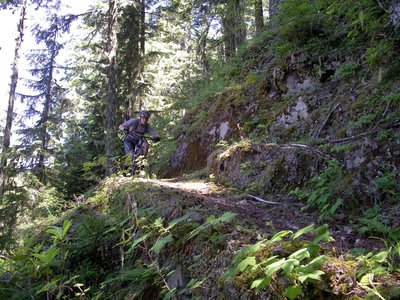 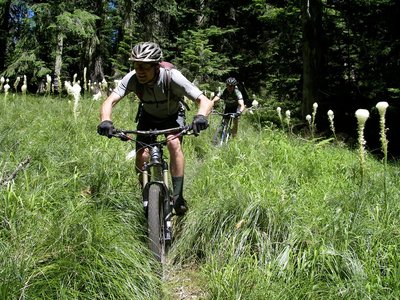