“A high elevation, remote, and iconic singletrack trail that hugs the North Rim of the Grand Canyon. ” The trail is usually dry and snow-free from late spring (mid-May) through late fall (mid-October). Access roads to the trail are open during this period as well. Roads are closed and the trail is buried under snow in winter. Check in with the National Forest before making the trip.

Please remember to follow the Seven Principles of Leave No Trace.

Located in the Kaibab National Forest of northern Arizona, the remote and aptly named Rainbow Rim Trail follows along the North Rim of the Grand Canyon, connecting five large overlooks that peer into one of the largest and most fascinating canyons on Planet Earth!

The trail is located in a very remote area, the nearest services are many miles away, so be prepared for backcountry conditions. Because of the trail's remoteness, many riders will take advantage of the plentiful primitive camping at one of the five overlook points and spend a couple of days exploring the area. Bring everything you might need including water and food, shovel for human waste, and pack out any garbage. Use has increased to please pick up after yourself.

Many riders prefer the flow of the trail from north to south, but it rides well either way. Setting up camp at Locust Point for example, which is the midpoint of the trail, enables you to divide up the trail as two separate out-and-back rides: 1) Locust Point south past Timp Point and back and, 2) Locust Point north to Parissawampitts Point and back. Ebikes are prohibited
Even though it is purported that up to 90% of the Rainbow Rim's users are mountain bikers, hikers and horseback riders commonly use this trail as well.

While riding the Rainbow Rim, the views are fantastic, but somewhat infrequent, which make you appreciate every time you come across a glimpse into the great abyss. In fact, you never are very far from the rim, but the majority of the riding is spent traveling on a well designed and sustainably built trail through forest, up and down shallow drainages, and across flower-filled meadows.

Each of the trail's five overlooks offer a distinct view and perspective of the Grand Canyon's features including the Powell Plateau, Steamboat Mountain, Tapeats Amphitheater and Great Thumb Mesas.

Due to the popularity and uniqueness of the trail, IMBA and the Kaibab National Forest have agreed on a plan to extend the trail by a total of 8 miles! The district signed a decision memo in November 2012 to allow for construction of up to 8 miles of trail. The expansion will extend east off of the existing trail, consisting of 3 miles of new construction and 4 miles of road-to-trail conversion, turning the out-and-back trail into a lollipop. As of 2016, a few miles of the planned expansion have been completed and the trail now reaches to the intersection of FR 271 and FR 271A.

As of 2019 the trail has been extended from FR271/271A intersection all the way to FR 293 near the intersection with FR294. This new Trailhead is named, "Rainbow Rim East". The trail is now around 28 miles one way from 22 miles. Currently there is no plan for more extension of trails on the Rainbow Rim. 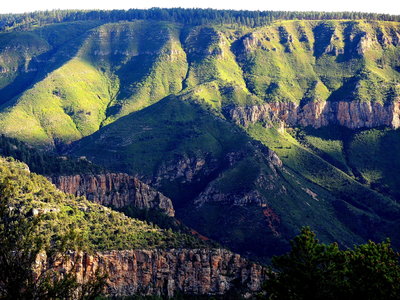 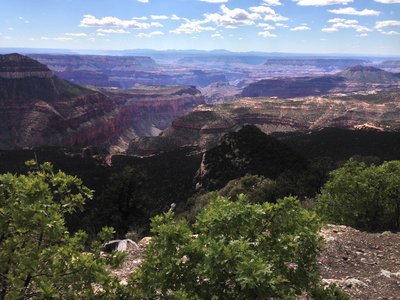 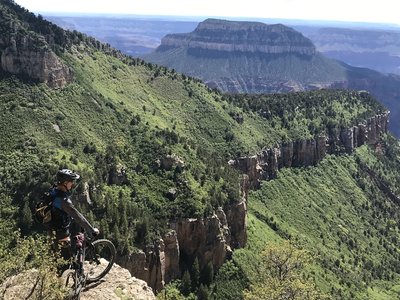 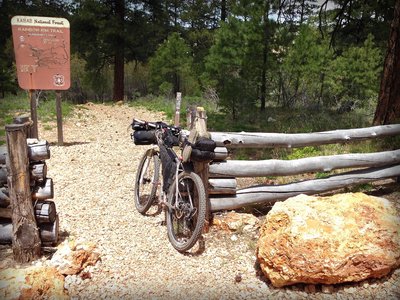 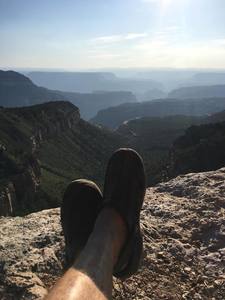 All Clear 68 days ago See History