“A fun, fast ride for beginners with short intermediate sections. ”

Parts will close for mud after rain and snow. Pay attention to yield for horses and pedestrians.

A multi-use trail for bikes, runners, walkers, and horses that runs along the foothills with short climbs and descents and generally good trail conditions. Some sections of the trail have been over-leveled for runners and have lost character in the past 2 years. Side trails to Spring Canyon Park and connectivity with the remainder of the Foothills Trail System makes for ride extensions. Bring your eastern friends to see prairie dogs.

Parking is located at the north and south ends (across a small hogback on the south) and in the middle just off Country Road 42C.

Start at the north end and take the Water Tank Access Road from Banyan Road to the fork in the trail at the base of the foothill. Take the left fork and head south on the Foothills Trail over mixed smooth and slightly rocky singletrack. After a hard left and a rocky, short descent to the Stadium... grab some air, but don't land in the irrigation ditch as those concrete culverts hurt. Head south past the parking lot and cross the County Road.

Climb away from the west side of the lake over a small bridge, then head south again. At the fork, go right on Timber Trail and up a short, increasingly steep climb. Don't go around the rocks for erosion control - hop them, you know it's good for you!

Follow the rolling singletrack in and out of the pine forest and take advantage of little jumps and fast rocky patches. Travel due south until the trail bends to the left on South Loop Trail and eventually back to the north. Follow the single to doubletrack on Valley Trail through the prairie dog colony. Side trails to the right head to Spring Canyon Park. At the south end of Dixon Reservoir, either stay straight on the singletrack and cross the dam, or head left and re-ride part of your outbound trail (both part of Reservoir Loop Trail).

After the dam, its the same trail you took out all the way to Banyan. 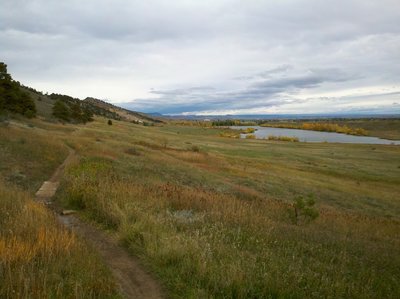 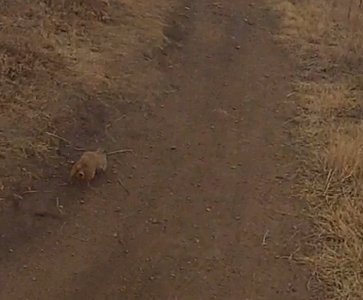 All Clear 21 days ago See History