“A quick lunch or evening escape from the city with great views and a nice climb. ” This out-and-back connects the Boulder Creek bike path to a dirt road climb and descent. So no singletrack, but don't write it off too quickly - it's a worthy quick outing from town if you don't have much time.

This description starts at the Eben G. Fine park on Boulder Creek, but since it's on Boulder's beloved creek path, you could start from virtually anywhere in town and hardly need to touch a road.

From the park, head upstream on the creek path until it ends at Fourmile Canyon. Carefully cross Boulder Canyon Road and follow it up a short ways until the Red Lion appears on your left. Cross the new bridge and you'll see the trailhead parking and signs right in front of you.

Follow the sign to the trail, going straight past the misleading sign that says "Private Road." You are perfectly welcome on this part of the road. Chapman Drive continues up through a gate and then gently ascends Flagstaff Mountain. A 2016 project fixed the 2013 flood damage, Chapman Drive is now a smooth road, wide enough for a car the whole way up. Enjoy the views and some very nice stone work on the turns. Soon you'll arrive at Realization Point on Flagstaff.

At this point, if you feel like tacking on another 15 or so miles to your ride, consider the heading to Walker Ranch. Otherwise, turn around and retrace your steps back down Chapman Drive. This is a surprisingly fun descent that invites speed but be cautious of and courteous to other trail users.

The Bridge to the Red Lion was heavily fought over after a flood washed the old one away in June 2010 after a record snow year. The Red Lion is the host of many weddings and the major beneficiary of the bridge (Chapman Drive was used as a fire road in principle) but wanted the city to bear the entire cost. After much wrangling, they compromised, and taxpayers got better access, trailhead parking, and a greatly improved Chapman Drive trail that opened in December 2012.
dailycamera.com/news/boulde…

The floods of 2013 caused damage to Chapman Drive. An extensive reconstruction was completed in 2016 with Chapman Drive reopening in October 2016. 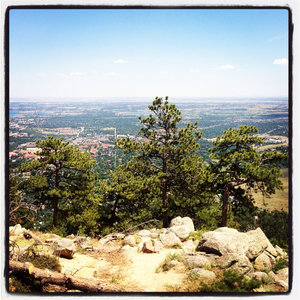 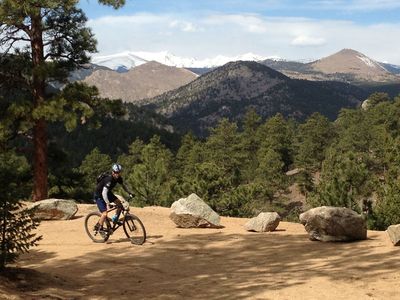 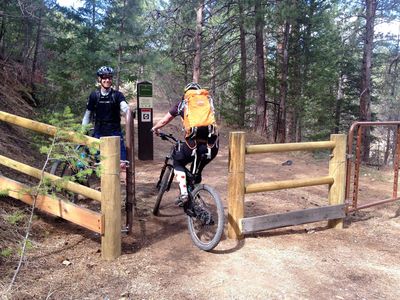 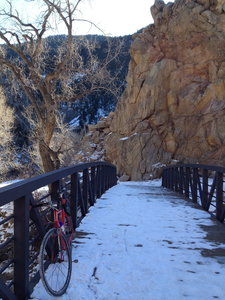 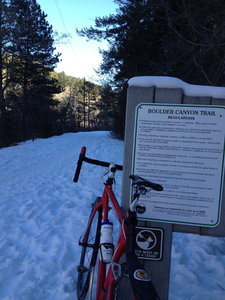 All Clear 70 days ago See History