With plenty of goods to chose from in this area, its hard to keep it to a short list. Although many people will say you just cant go wrong, some of the trails on this featured ride do usually come up as must-ride suggestions.

Located in the North River District of George Washington National Forest, there is a bit of everything on this loop including ridgeline riding, rocky sections with alternate lines, and one memorable descent off the mountain.

Many trails in this area of GWNF are featured in the Shenandoah Mountain 100, an event that celebrated its 15th year in 2013. Some epic distances can be pieced together by combining trails used in this event and others.

There are plenty of accommodations nearby, but if camping, its hard to beat the ride in/ride out option at Todd Lake Recreation Area which has showers and flush toilets. Campsites are first-come first served here though (no reservations).

Dog Graveyard is a gated road that sits next to remnants of old pet cemetery with signs and headstones still visible in the woods. Go around the gate and continue climbing. This road levels off after a short while next to a shale pit. Look for the gate on the right and continue up the two-track. Youll eventually roll past a meadow with nice views on the left. Beyond that, top out the climb, and then youll start to descend a bit and the doubletrack ramps up with speed.

The right turn on Narrowback Trail comes up very fast (2.4 mi. into this ride) and is easy to miss. Turn here and climb a short distance to the Narrowback ridge. At the top of the hill youll be at a signed intersection with Festival Trail and Tower Trail. Turn left on Festival Trail (432B) and continue along this great section that follows the the rocky ridgeline. It flows great in this direction. After topping out the Narrowback Mountain summit, (2224 ft.) youll start a nice downhill and meet a sharp right hand berm that drops to the east side of the ridge. The terrain here turns into an old road bed, but the wide corridor has been tightened to singletrack and rolls quickly until it intersects with Narrowback Road (536).

Follow Narrowback Road for 3 miles to the next intersection with Narrowback Trail again. This trail is short, but steep from the road. After passing through some thick rock gardens, the trail begins to mellow a bit and turns to more of a bench-cut trail until you get to the ridge again. Intersecting with the Festival Trail, youll be back on familiar terrain since you passed through here before. Turn left, and follow Tower Trail to the south.

Tower Trail follows the south end of the Narrowback Ridge, climbing steadily to the highest elevation of the ride at 2400 ft. This is the site of some recent trail reroutes. The reroutes now traverse several scree fields with plenty of rock. There are some amazing lines here and in many places the tread itself is a causeway of stone. After about a mile of this great section. Youll intersect with Tillman West.

Tillman West is a two mile drop off the ridge that travels through open clearings from a timber sale. This trail has been enhanced by recent RTP funding and though it is good in the up direction as well, it is one great DOWN. This trail will level off near the bottom, cross Big Run Creek, and end at Tillman Rd. where the ride began.

Shenandoah Valley Bicycle Coalition (SVBC) continues to make a huge impact on trails all over the Harrisonburg, VA region and particularly in the George Washington National Forest. Through SVBC's model partnership with the USFS, some amazing results have been produced. SVBC's work in the North River District of GWNF is ongoing, with the club maintaining even the remotest of trails. Also, monetary contributions secured through the RTP and other sources have funded projects a grand scale and optimized the riding experience. 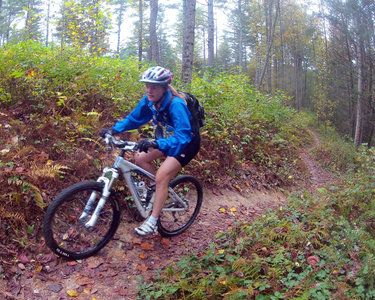 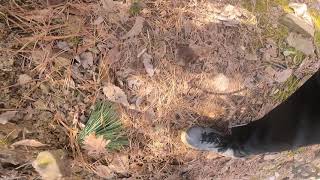 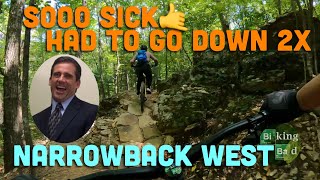 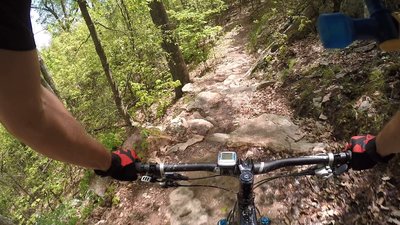 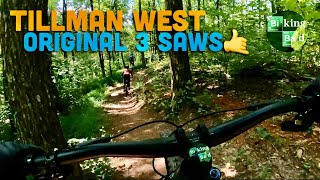 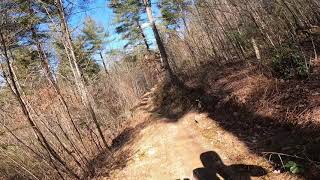