This is another segment of the long-distance Pinhoti Trail, an epic multiuse trail across northwest Georgia. This segment mostly runs along, and for a portion along the ridgeline, of Taylor Ridge. At the south end is a relatively large parking area at US 27 at Mack White Gap. At the north end there is a small parking area at the Narrows picnic area. As a multi-use trail, it's also used by through-hikers and equestrians and collectively maintained by NWGA SORBA, the GPTA, and the BCHNWGA. The tread surface is not too technical, other than the occasional easily-dodged rock or short washed-out area. There is some exposure to sharp dropoffs on the descent to the bottom point, approached from either north or south.

After crossing the road, it's about 0.6 miles of singletrack up the ridge. Then the trail co-rides with a forest service road for about 2.4 miles, the first part of which is standard forest service road fare, the second half has a little more abandoned road feel to it. Then is about a half-mile down and a half-mile up from a hollow in the ridge, where there is a minor stream crossing.

After the climb back out from this, there is about a mile of more abandoned dirt road, then a return to true singletrack. This goes on for about 2 miles gradual uphill, the second mile of which is along the crest of the ridge itself, with nice views of the valley to either side during winter. After hitting the highest point at about mile 7, there is a descent down about 3/4 mile to old gravel road, which goes for about 1/4 mile, then hits another gravel road and turns right. After another 1/2 mile distance, great singletrack again breaks off to the left for about a mile for the final descent to the small parking area at the Narrows picnic area (no tables oddly enough).

If doing a shuttle or a through-ride, north to south is overall more fun for most, considering that that provides about 3.5 miles of singletrack downhill in the middle. If doing an out-and-back from the south end, the high peak around mile 7 makes a good turn-around point. Also: Can use 2 miles of quiet 2-lane pavement to combine with nearby Strawberry for a 17-miler. Southern parking area at Mack White Gap is well-visualized, but exercise caution with the busy US highway and limited visibility. At the north end, it is extremely quiet, enough to exercise caution leaving valuables in the car. 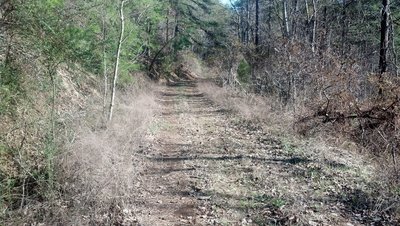 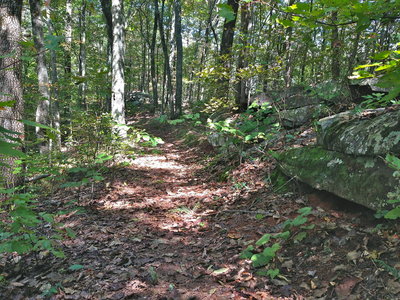 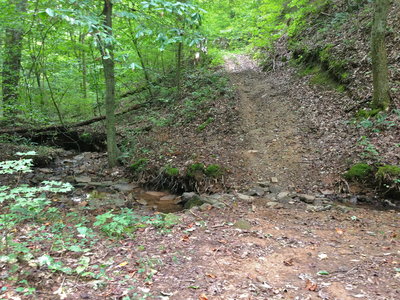 Apr 4, 2020
Bryan Babb
Mack White Gap, north to the top of the ridge at almost mile 7, then back to the car. More forest service road than singletrack, which has a lot o… 13mi — 3h 53m
Mar 9, 2014
Rob Simmons
We rode this South to North and camped at the stream about 3.6 miles in. The stream area has a lot of flat area for camping which is a plus.