“A great new addition to the Klondike trail system with good flow and a fun descent. ”

Alaska was added summer of 2013 and extends the whole Klondike Bluffs network further north. It can be ridden in either direction, but for maximum fun, climb up a different route and then take Alaska down.

The first mile or so of the trail is rolling singletrack that winds around the rocky outer cropping of rocks above Salt Valley. It flows nicely around big rock formations on hardpacked dirt - even going in between a two very large rocks tilted together (reminiscent of North 40 at the Brand Trails). The switchbacks are smooth and the views are spectacular.

Alaska's descent follows a slight ridge line and is mainly on slickrock and salt wash sandstone. The trail was built to make the sandstone ride smooth and features a small corner that is a natural rock berm.

Two other trails exit off of Alaska: Homer and Nome, making for lots of riding options. If you don't want the downhill to end quite yet, instead of finishing on Alaska, take Homer all the way down to Dino-Flow for a total of a 1.7 mile descent. You can also exit down to Dino-Flow via Nome at the first intersection you come across. The full Alaska trail finishes on Mega Steps at the EKG intersection slightly above the Dino-Flow intersection.

The shortest ride option for this trail is to go up Mega Steps and then take Alaska down for a 6.5 mile loop total. 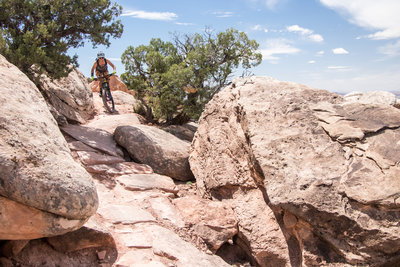 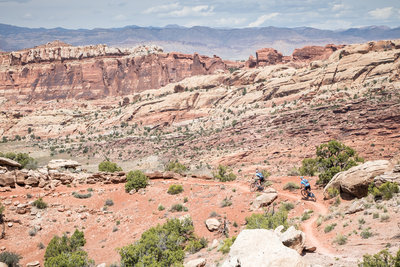 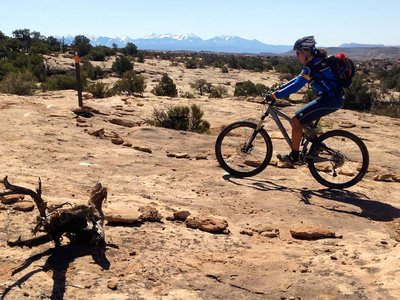 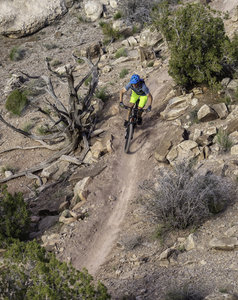 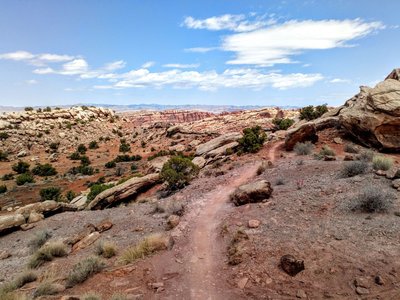 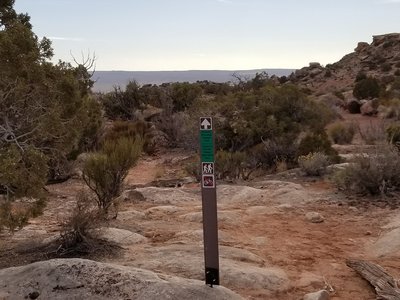 All Clear 46 days ago See History