Family Friendly This route contains the Tindo Loops, true beginner singletrack, as well as very moderate intermediate trails in the Wimba loops for an appropriate progression. Swim Beach and Campground are nearby.

These trails are closed by the park staff when impacted by wet weather or freeze-thaw. If the weather in the area of the park is questionable (i.e. it has rained within 24 hours of your trip), be sure to check the trail status at the top of the Lake James State Park website before you go.

While new-school in design, the trails at Lake James State Park provide a back-country experience with an open feel and solid mileage for any level of rider.

This featured ride follows all of the rideable trails at Lake James, including the beginner-rated Tindo Loops, West Wimba Loop, and East Wimba Loop.

This ride is approximately 15 miles. There are plenty of rollers and grade reversals, but not many technical features incorporated in the trails, but the difficulty ratings do follow and appropriate progression. The Beginner rated Tindo Loops are nearly flat; the West Wimba Loop adds more flow and speed, and the East Wimba Loop has tighter turns, more elevation change, and requires more commitment. All of the trails at the park are directional and signed as such.

These trails are all directional with one-way loops and two-way connectors. This review contains a description of the Wimba loops in a CLOCKWISE direction. The direction of Wimba loops rotates a couple times a year and will be signed in either a clockwise or counter-clockwise direction.

From the parking lot, take a left at the first intersection on the half-mile connector to the Tindo Loops. This trail will cross a road and continue downhill to the intersection with the loops. Stay right here. After about 1 mile, you come to a four way intersection at the center of the figure eight configuration. Go straight to do the lower of the two loops, and continue straight across again when you arrive back here the second time.

After completing the Tindo Loops, follow the connector back toward the parking lot. Then turn left toward the Wimba loops and and a left on the West Wimba Loop, clockwise (see note regarding direction of the Wimba Loops in "Need to Know."

West Wimba is the longest of the two intermediate loops, approximately 6 miles. Climbs are short, and overall there are some fast flowy sections in this loop.

A short connector trail (two way traffic) takes you to the East Wimba Loop. East Wimba has more tight and twisty turns compared to West Wimba. It is also about 2 miles shorter, but takes you a good distance from the trailhead.

After completing East Wimba, take the connector back across the bridge to return and turn the appropriate signed direction on West Wimba.

The mountain bike trails at Lake James State Park opened on National Trails Day, June 7, 2014. The trail system augments a swim beach, bathhouse, picnic areas, foot trails and a maintenance compound that have been opened at the parks Paddys Creek Area since 2010.

2,915 acres were acquired for the park in 2004 from Crescent Resources Inc., separate from the original 605-acre state park opened in 1987. The Paddys Creek Area encompasses more than 30 miles of shoreline on the 6,812-acre lake.

The Northwest North Carolina Mountain Bike Alliance assist the park staff in maintaining the trails and are also involved in the planning for future trails. 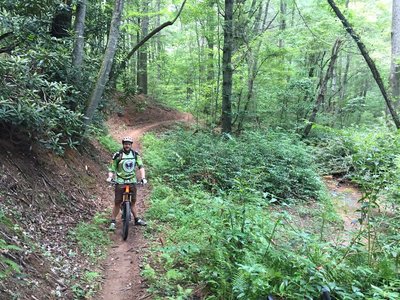 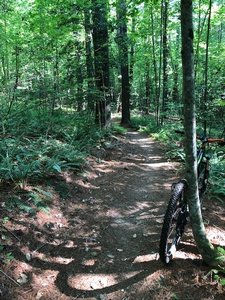 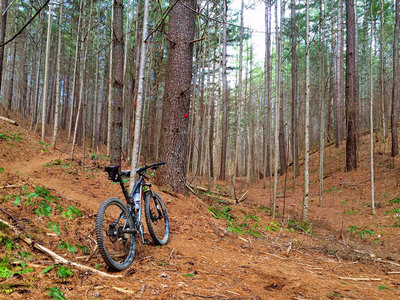 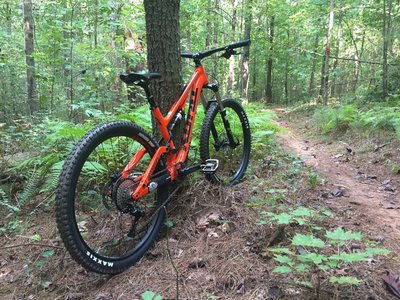 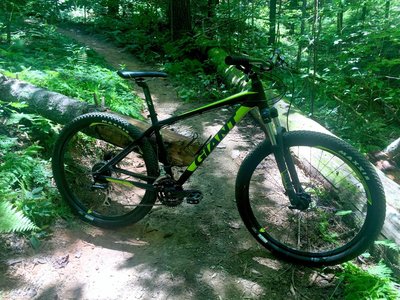