This is a lift-accessed downhill run.

The actual Smorgasbord trail doesn't start until you enter the woods east of the ski hill run, below the horizontal doubletrack (Bardon Peak BLVD on the map).

Once you enter the woods, you're greeted by a barrage of steep 'whoopties' and gap-able jumps. NOTE: XC weenies on carbon hardtails (that's me) probably won't be riding with enough speed to make it to the landings - but that's not a problem as everything is rollable.

Roughly halfway down there is a tall wooden ladder. It's a smooth roll down and easier than trying to ride down the ungroomed dirt and rocks alongside it.

The run continues with more small jumps and bermed corners until you exit the woods back onto the ski run near the bottom.

You can turn left here and hit one of the lines in the dirtjump / skills park on you way down to the lift. 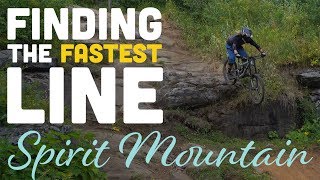 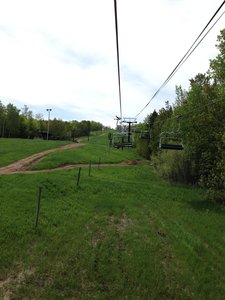