“A great trail along small lakes to the Historic Ghost town of Bennettville. ” Closed, on average, from November to May due to snow.

The Bennettville ride is a must do if youre in the area. Its right by the gate to Yosemite, and takes you back to a time in the 1880s when this area was being mined for silver. The trail is an old mining road (much of it is actually on the old Great Sierra Wagon Road) that has narrowed into great singletrack in many parts. It takes you to the ghost town of Bennettville, where two buildings are still standing an office and a large barn. On the way there, you pass by small reflecting lakes and the Great Sierra Tunnel. This mining tunnel goes over 1,700 into the earth. A pretty amazing feat.

Now, the tunnel is gated off and theres a small water stream trickling out.
This ride is pretty short, so you might want to combine it with one or more of these other rides in the area: Saddlebag Lake Trail, Log Cabin Mine Loop, or Moraines and Meadows Ride.

From the junction of Highway 203 and 395 at Mammoth Lakes, drive north on the Its a little hard to find, as its no longer labeled or signed (some of the older guidebooks state theres a Bennettville sign, but as of 2014, its no longer there). If youve reached the Tioga Lake Overlook, youve just passed it. Head back down with your eyes peeled to the left, and youll see the turnout easier heading down the mountain. You can also park at the Tioga Lake Overlook and just ride your bike down to the ride start. The ride begins where the boulders are blocking the old mining road. 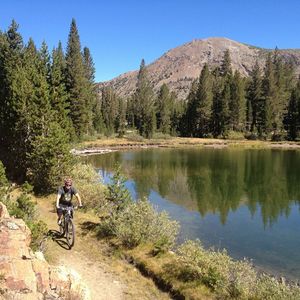 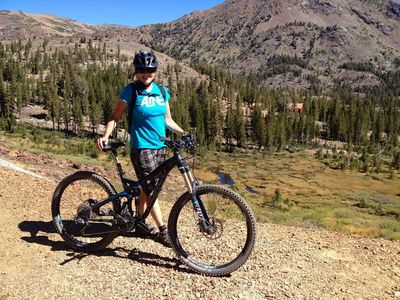 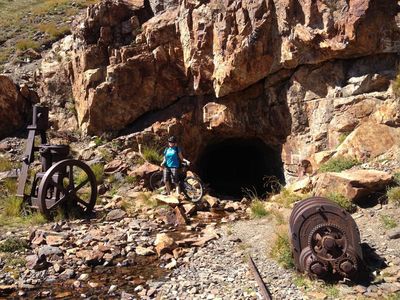 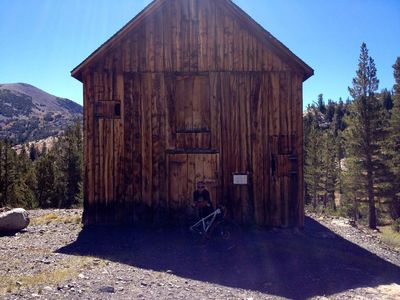 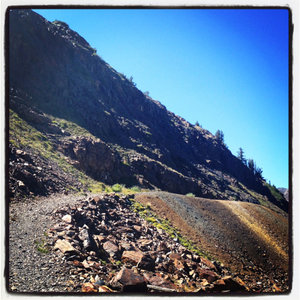 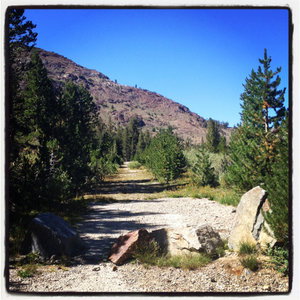