Stunning Seneca rocks is a favorite destination to inspire photographers and challenge rock climbers looking for traditional, multi-pitch routes. There is a modern visitors center with informative displays and literature. Less well-known and passing high above and behind the rocks is an amazing ridge trail that extends over 23 miles from end to end.

Unquestionably, the MTB ride on this trail is a standout and is considered by some to be the best in the state. The ridge is aligned roughly on a north/south axis and features fantastic views especially to the West because this side drops off precipitously to the valley floor below in which the North Fork of the Potomac River starts its journey to the Atlantic.

Typically, the trail is tackled using a shuttle and ridden from the South end (off WV33) to the North end (at Smoke Hole Rd.). The southern start is at a WV33 hairpin that crests the ridge. There is room for a few cars on the roadside.

The trailhead is unmarked and past a gate, but once you get started (heading North) the blue blazes quickly become apparent and clearly mark the entirety of the trail. Plan at least 4 hours to ride the trail. At the Northern exit (Smoke Hole Rd.) the trailhead is marked and has designated parking. As a shuttle, the 23-mile North Fork is no minor undertaking. But if you like to mix road with your dirt, and you are up for doubling the challenge, you can park at the Visitor center and ride a loop. Ride WV33 to access the trail. Then exit the trail by taking a left on Smoke Hole Rd. and return to the Visitor center by taking a left on WV28. Additionally, there are two short trails (Redman Run and Landis) off Smoke Hole Rd. for shorter loops.

Off WV33, the trail starts in forest cover and is soft underneath. At this end, there are a few short ascents and moderate downhill sections. Before long the trail becomes a mix of rocks and hard packed dirt and more or less stays that way. Overall, the North Fork has to be among the driest long trails in the East. Even after a rain there will likely be no mud bogs on the entire route. By WV standards this is truly exceptional.

The trail runs near the top of the ridge on the gentler eastern slope. At many, many points a short excursion up to the ridge line will put you on top of interesting rock formations and looking pretty much straight down at the valley below. In the mountains beyond are Dolly Sods Wilderness Area to the north and Spruce Knob (highest peak in WV) to the south.

In terms of technically challenging features, the start is mild. As one progresses, there may be some difficulty with a few short steep uphill sections. There are also a few places where the trail is narrow on the side hill and involves a short rock step or careful maneuvering. Further in, there are a couple of hike-a-bike up hill sections. One is short. The other will keep most riders off the saddle for a while. To a large extent, rock gardens are absent until the Northern end of the trail is reached. Here there is a mixed level of challenge. Only one short section is true gnarl. The rest are fairly typical for trails in the area. However, by this point in the ride, fatigue adds to the difficulty.

The trail is well marked and typically it is in good shape. The most important navigational aspect occurs about halfway along the route. The trail joins a dirt road for more than a mile of descent. At the top, immediately after joining the road, there is a junction. Stay to the right. The blazes will be evident on the roadside as you descend. The trail is rejoined on the left side of the road. This point is well marked and occurs as the road turns sharply to the right making it hard to miss even if you take the descent with pace.

The northern part of the North Fork Mountain Trail is a three star dessert after a hearty meal. Up top, after staying to the left at the Redman and Landis trail junctions, there is a twisty section on rocks and pine needles that pops out onto rocky overlooks. Then there is the challenge of the rock gardens. There are also some short stretches of slab riding right at the point where you come to the final overlook.

But the lasting impression of this ride is in addition to all the great views the adrenalin-releasing 3-mile descent that fixes a smile on your face and wipes away all the fatigue! The descent is remarkably smooth for a hiking trail and youll even find small berms on some of the turns. There are a few switchbacks and some narrow gaps between trees but mostly plenty of opportunity to let it rip. 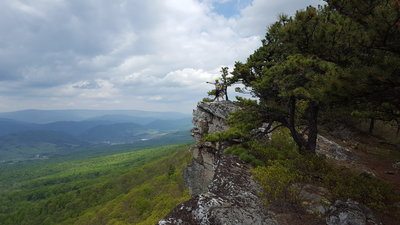 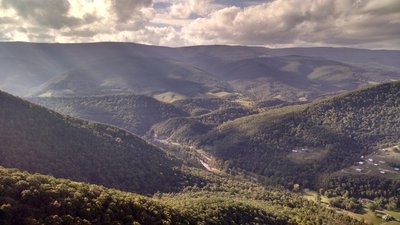 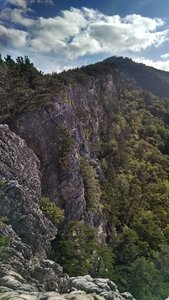 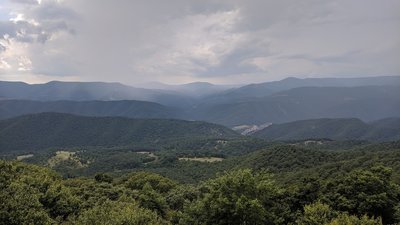 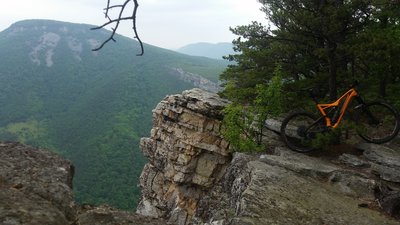 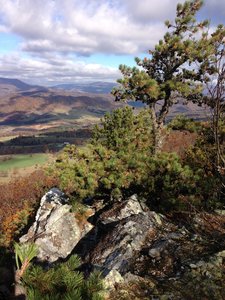