“An exceptional loop ride, featuring the scenic Mountaintown Creek Trail as the descent. ”

Part of this loop uses the Triple Hill Road (Private). Access has been restricted in the past, so it's best to check locally to ensure that hasn't changed. If the No Trespassing signs return, you'll have to either backtrack for a mile and turn left (west) on the Pinhoti Trail to cut over to Bear Creek or climb all the way back to FS64.

Note the section of the Pinhoti trail between Mountaintown Creek and Bear Creek is closed to bikes, so you'll have to hoof it.

For those that think awesome downhill treks should be earned, this is your loop. For the shuttle crowd, there is a parking area at the top of Mountaintown Creek Trail.

The loop starts with a five-mile, 2000-ft forest road climb. The journey continues on forest roads among the highest peaks in the Cohutta Mountains before you embark on a five-mile singletrack descent following, and at times (about 20) passing through, Mountaintown Creek.

Your feet will get wet, as there are numerous, deep water crossings along Mountaintown Creek Trail.

From the Gates Chapel parking area, the climbing starts almost immediately as you head out on Holly Creek Gap Road (FS 90). Turn right at the first forest road onto Potato Patch Road (FS 68). From here, you've got another 1500 ft of climbing to the Potato Patch junction. There are however a couple of scenic stops to break up the climb. Barnes Creek scenic area has a small waterfall and the Bear Creek Overlook offers a good view of the Blue Ridge Mountains at about the halfway point.

At Potato Patch junction, turn right again onto Three Forks Road (FS 64) to begin your journey among the high peaks of the Cohuttas. Although the major climb is over, this section undulates up and down among the peaks so there are a couple of climbs of a few hundred feet. The Mountaintown Creek Overlook at 9.2 miles affords another awesome view of the Blue Ridge Mountains, and another chance to take a break before the main descent.

Around the 12.5-mile mark, the trailhead for the Mountaintown Creek Trail will be on your right. Mountaintown Creek has perhaps the greatest backcountry feel of any of the trails in the Bear Creek/Pinhoti area. Because of the comparatively severe forest road climb required to access the trail, it doesn't seem to get as much traffic as the others in the area and you (and your group) can expect a solitary experience.

Mountaintown Creek Trail is definitely worth the difficult climb though (or perhaps arrange a shuttle). From Three Forks Road (FS 64), it is a singletrack that descends almost continuously until it dead ends at Triple Hill Road (Private), which you'll need to take to get back to Gates Chapel Road. The whole trail never gets more than about 20 feet from Mountaintown Creek; in fact, there are about 20 wet crossings of Mountaintown Creek. Perhaps 2/3 of these are manageable, but do plan on getting your feet wet in at least a few of them. A number of small waterfalls and cascades occur along the length of the trail.

There are some unusually large water bars across the top of the trail. Presumably these were placed to keep out vehicles as the trail follows an old road bed, although this has now essentially become a narrow singletrack. You could catch air on some of these waterbars, but beware as the landing zones are not always clear.

Aside from the creek crossings, the character of the trail is similar to the others in the area: expect lots of root obstacles as you pass beneath dense foliage. Around the 14.5-mile mark, there is a section of trail that descends steeply, is particularly narrow, filled with rocks, with potentially a couple-foot drop down into the creek. However, overall the trail isn't any more technically demanding than any of the other trails in the area. But because the trail is a bit more remote the consequences of a fall could be greater.

Because this trail doesn't get as much traffic, you're more likely to encounter downed trees and potentially overgrown vegetation. This is particularly true south of the intersection with the Pinhoti Trail. The trail descends more gradually after this intersection as well. (Note the section of the Pinhoti Trail that intersects with Mountaintown Creek Trail is closed to bikes.)

I will say that Mountaintown Creek is best done as a group ride given the remoteness and because you can let some other poor soul take the lead so they clear out all the spider webs. If it hasn't been ridden in a while, you might find yourself stopping to remove an entire spider web from your face every couple hundred feet.

At the end of the singletrack, you'll end up on Triple Hill Road (Private). This takes you back to Gates Chapel Road. A final right turn will complete the loop. 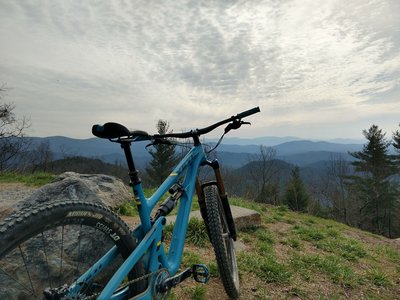 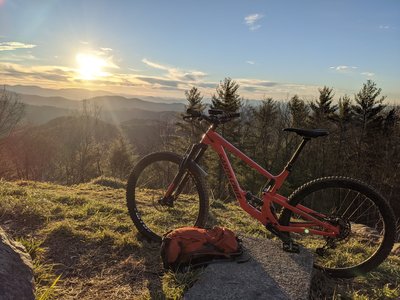 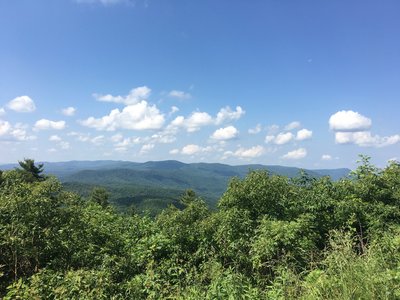 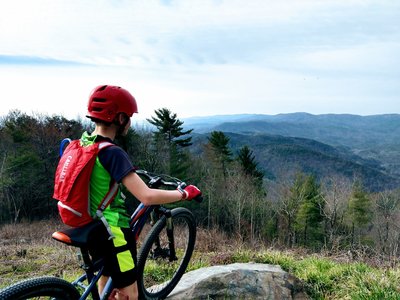 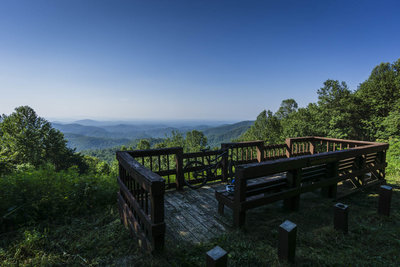