“Known as "The Ridge," this section of the Sheltowee Trace exemplifies Cave Run mountain biking. ”

The Sheltowee Trace National Recreation Trail is a +300-mile multiuse trail that begins north of Morehead and runs SSW the length of the Daniel Boone National Forest and into Tennessee. It has the potential to be an amazing bikepacking destination in the East, except there are some major obstacles to overcome. There are some sections that do not allow bikes. Notably is the short section through the Clifty Wilderness in Red River Gorge. Another notable sticking point is the section from Cave Run Lake Dam south to Frenchburg which was recently designated horse and hike only and restricted to bikes.

The section described here begins at the northern end of that closed section and climbs up to an amazing rolling ridge between Cave Run Lake and Morehead, Kentucky. A recent reroute of Sections 6 and 7 through Morehead and along a new singletrack alignment has improved connectivity in this area and does away with a significant portion of road riding.

This ride (nicknamed "The Ridge"):

From the visitors center near Cave Run Lake Dam, the Sheltowee Trace (ST) climbs steadily and relentlessly until gaining the ridge and then traverses along the rolling ridge to the Big Limestone Trail junction. The initial climb has a couple of distinct crux sections but is also a test of your cardiovascular system.

There are limited views of the lake and great riding all along. This can be done as a nice out and back or combined with Big Limestone Trail #109, Clack Mountain Road, and Lakeview Ridge Trail #122 for a fantastic loop (see featured ride).

This section can be ridden all year as it drains well.

For more info on the Sheltowee Trace visit the Forest Service page. 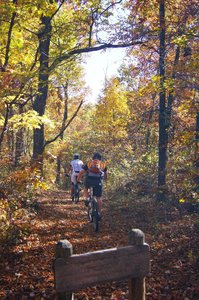 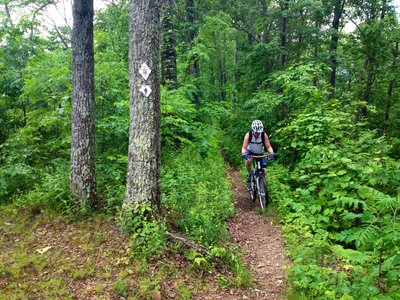 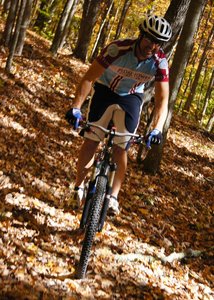 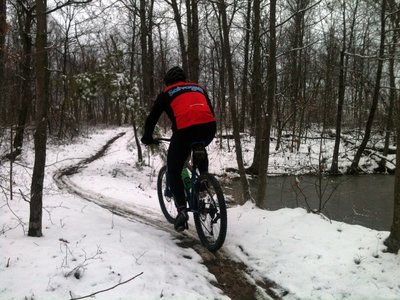 Oct 12, 2020
Frank Viancourt
Tough climb but the reward is the beauty of the trail and the decent. Rocky trail and narrow at points.
Aug 9, 2019
Jason Azumendi
Sep 4, 2017
Candice Thies