From the high point of Rabbit Valley 4 along a ridgeline, descend a rocky doubletrack due south to the valley. The trail begins on the left side of this road at a marker.

The northern leg of the ride contours along the face of a cliff. It is quite sandy and even on a good day a challenging motorcycle trail, let alone mountain bike trail. There is an alternative doubletrack that roughly parallels this northern, outward leg terminating near the eastern promontory of Rabbit Valley 8 in a small turnaround.

This parallel doubletrack begins about 1/4 mile further south along the entry doubletrack and connects to Rabbit Valley 8 at several locations along the ride so can be used as a bailout if the sand becomes overwhelming.

Upon reaching the sandy turnaround, head downhill and east to an overlook of Mee Canyon along the Colorado River. Continue clockwise parallel to the Colorado River. The southern, return leg is an altogether different trail. It is very technical and rocky. In general, the gradient is manageable; however there are a few techy descents and anaerobic, punchy climbs.

The Rabbit Valley 8 terminates on the same doubletrack used to descend from Rabbit Valley 4. Turn right and follow the doubletrack back up and out of this remote and hidden Rabbit Valley gem. Alternatively, go left for a quick out and back to the end of this doubletrack which offers a great view of Black Rocks and the Moore Canyon Area along the river. 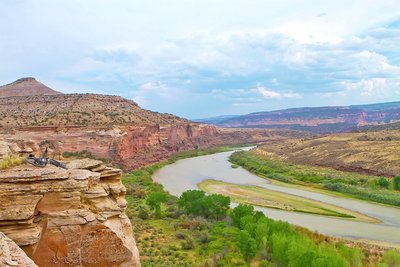 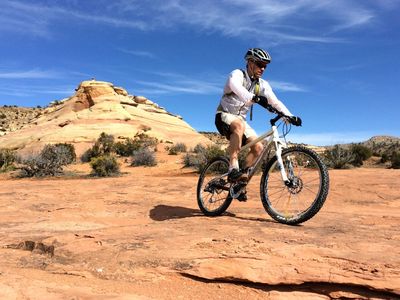 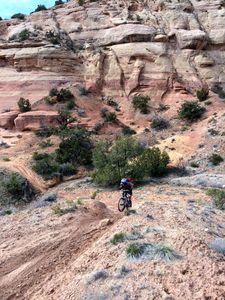 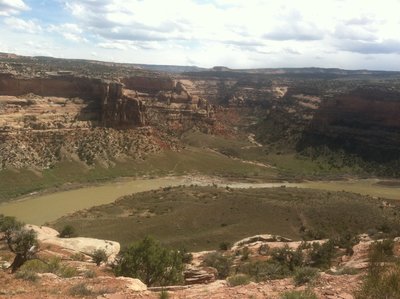