“Connecting the highlights of the Alto-Garda region: Long uphills on smooth ground w/ a fast descent. ”

The ride is a combination of moderate uphills on easy gravel or asphalt. From Riva, Lago di Garda, you'll climb to Lago di Ledro and further into Val dei Concei. You'll reach the end of the climbing high above this valley at Bocca di Trat. Here, you'll start a long downhill; steep and a bit technical in the beginning, you'll soon be heading back to Riva on very fast doubletracks.

If riding in summer be sure to start early, this is a hot ride with very little shade.

Start this ride in Riva (elev. 65m), near the port. Take street SS 45 for less than 400m. Turn right at Strada del Ponale: The lower part of Old Ponale Street, which is a dirt road. You'll get some of the finest views of Lago di Garda from this section, so enjoy it while you're taking your time on the way up.

As you continue on, the dirt road will turn back into the old asphalt (closed for cars) of Strada del Ponale: The upper part of Old Ponale Street. Continue on this road until you reach street SS 240. You have to take this street (a lot of cars) for 400m.

At Lago di Ledro (elev. 655m) you have to follow the coastline clockwise: asphalt on Via de Val Maria (only a few cars) at first followed by a short doubletrack ( Lago-di Ledro-Bikeway: Pur - Pieve di Ledro).

In Pieve continue heading straight, cross street SS 240 and take the next road (soon closed for cars) at the left side to Locca and follow the main street in Val dei Concei to Enguiso. Leaving this little town, take a smaller road on the right to Lenzumo.

Here, you'll have to leave the valley and start climbing at Lenzumo: The Asphalt Road to Malga Trat. Follow the smooth gravel of Malga Trat - Bocca di Trat to the highest point of this ride: Bocca die Trat (elev.1.581m). Congratulations! You've finished the climbing for the ride!

The downhill follows the marked path #402. Bocca di Trat - Campi (#402) starts with loose gravel and changes at Malga Pranzo to a technical singletrack. In Campi (elev. 688m) turn right, passing the houses of Righi and Malacame, until you join the dirt road Campi - Riva (#402) at the houses of Zuchetti. On the smooth surface of this doubletrack, you'll fly down to Riva. Feel free to keep your speed up, the steepest sections near the end are paved by concrete.

The best place to get a beer or a coffee is the port of Riva - but keep an eye on your bike!

I don't suggest attempting this ride counterclockwise. On the way up to Bocca di Trat from Malga Pranzo / Malga Grassi you would have to hike your bike. In the described direction, you'll remain on the bike for the duration of the ride.

Before opening of "Strada del Ponale" in the year 1851 Bocca di Trat was the one and only connection beetween Val di Ledro and the region arround Riva. Like most of hills and passes around the northern part of Lago di Garda, Bocca di Trat was a battleplace in World War One. 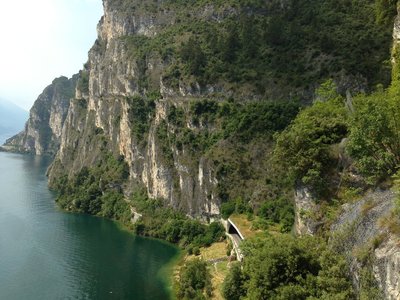 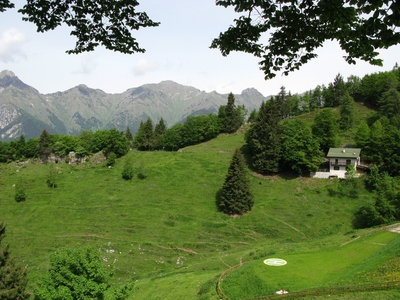 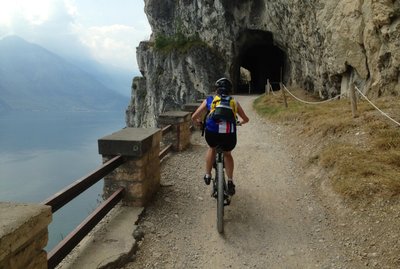 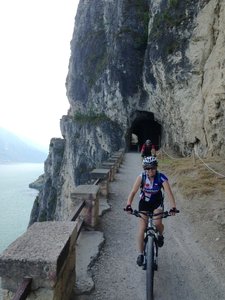 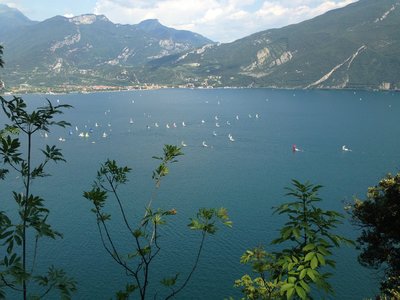 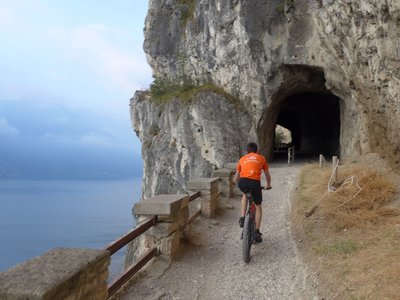