“A remote backcountry loop on the Kentucky side of Big South Fork National Recreation Area. ”

The Kentucky Trail Loop is one of the more remote rides at Big South Fork. This ride connects Difficulty and Troublesome Creeks, both rugged and beautiful drainages.

The Kentucky Trail can also be extended into a longer loop by starting at Gobblers Knob Trail.

Although this part of the Big South Fork National Recreation Area is accessed by road, it's still off the beaten path. Be prepared with plenty of food and water.

With multiple pull-outs along Laurel Ridge Road, it's also possible to set up point to point rides for the Kentucky Trail.

Be aware of vehicle traffic along Laurel Ridge Road, especially during hunting season.

Start along Laurel Hill Multi-Use Trail and drop into the Kentucky Trail along a shared segment. Stay left on Kentucky Trail to continue the steep descent along a ridge. After a quick set of switchbacks, the route finishes it's descent into Difficulty Creek.

Since every good downhill deserves an equally matched uphill, settle in for a climb up and then across to the Troublesome Creek drainage. The next big descent takes you into dark forest of hemlock and mountain laurel below rocky cliffs.

A wooden bridge marks the end of the steep descent into Troublesome Creek and takes you from the south side to the north banks. Afterwards, the route parallels the creek on a somewhat flat traverse to an intersection with Watson Branch Trail. Stay right here and transition to a wider trail and corridor.

From here, pedal east to join the Big South Fork (of the Cumberland) River. Along this section of the route, the trail rolls up and down, slightly descending overall. Every once in a while you'll capture a glimpse of the rocky cliffs that make up the banks of the river.

The ride turns sharply left and up steeply to join the Bald Knob-Hill Cemetery Road. If you can keep your balance, it's a slow grind up to Laurel Ridge Road.

Stay left at the top and then settle in for a long pull on the road back to the start of the ride on Laurel Hill Multi-Use Trail. This part of the ride is packed gravel with some quick descents and climbs.

Big South Fork National river and Recreation Area was established by Congress in March of 1974. Management of BSF is by the National Park Service. BSF is possibly the first NPS unit to embrace mountain biking.

Around the early 2000's Grand Gap and John Muir were opened to bikes Monday through Friday only as an experiment. In 2012 both trails were opened up to mountain bikes all the time.

A small group of locals known as Big South Fork Mountain Bike Club are responsible for care and upkeep of the trails. Their work with the NPS has no doubt helped open up dialog about more mountain bike trails in other NPS units. 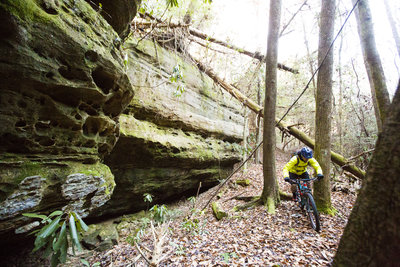 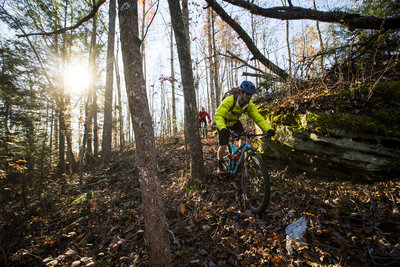 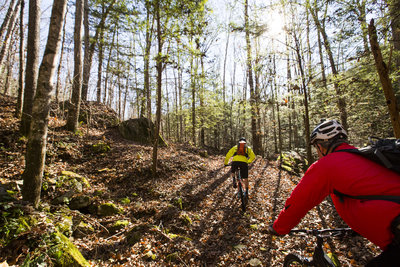 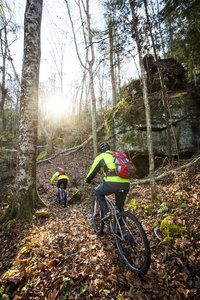