Family Friendly A great event for the whole family. Camping is available at the Round House the weekend of the race.

The El Paso Puzzler is a MTB race held annually in the beautiful Franklin Mountains in El Paso, Texas. Each course is considered EPIC by most mountain bikers standards with all distances riding to the far north end of the Franklin Mountain State Park. The 50 and the 35 make a large loop around the northern portion of the range. The route is different from previous years. For the 2016 El Paso Puzzler the course goes counterclockwise around the mountain. 35 and 50 mile riders will be going north to Hitt Canyon crossing east to west, and then returning to the east side of the mountain over Mundy's Gap.

All racers will be setting off to complete the first 6 mile loop which goes south on the Pipeline Road and then up trench town to Rock Shock Road. At the south end of Sotol Forest, you'll head north until you get to a turn off on your right that heads down Boulder Dash back to the round house.

From the four way, all riders will go north on Pipeline Road for less than a mile and take a left through the ponding area to get to Coyote Ugly. Hook back into Sotol Forest and go north to Newman's Trail and then up and over Northern Pass to the west side of the mountain. After descending Northern Pass on the west side of the mountain, you'll encounter the first feed zone.

After this, riders will take a left (south) on Upper Sunset Trail to Short Cut 4 after which all riders will go west a short distance to get on Lower Sunset Trail. Take Lower Sunset Trail all the way to the parking area near the entrance gate to the Tom May's entrance booth. This will lead you to feed zone 2, and you'll begin the long climb up to Mundy's Gap using the new singletrack to avoid the infamous rock garden.

After climbing the new trail, riders will take a left on the jeep road to continue to climb up to Mundy's Gap. Descend Mundy's Gap to Old Tin Mine Road, take a right on Blue Moon, right on Mule Shoe Loop, left on Deer Valley all the way down to Old Tin Mine Road where you'll climb shortly back up to Lazy Cow and take Lazy Cow all the way back to the Round House. This will be the end of the 35 mile loop...which actually comes out to be closer to 37 miles.

The 50 mile racers will now complete the last 13 miles on Lazy Cow and then head up to Mad Cow right at the venue and heading up to Coyote Ugly and then down Tu Madre to hook up with Down Under all the way to the pit toilet at the northern end of the park. Continue on Down Under to Newman's Pass, this time riders will be going north to south on Newman's Trail. Turn south on Sotol Forest and then down Rock Shock for a short descent to Blue Moon. Riders will go south on Blue Moon through the six pack as some people like to call it to upper Mad Cow. Take a left on Mad Cow all the way to the round house. 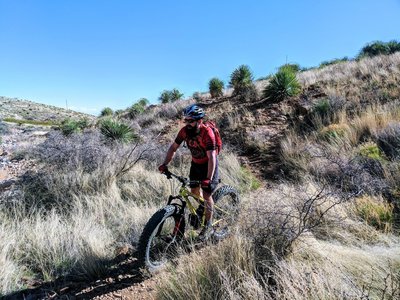 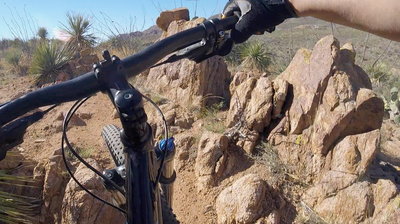 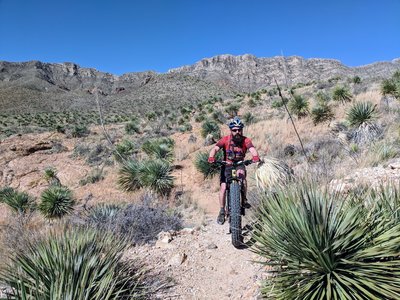 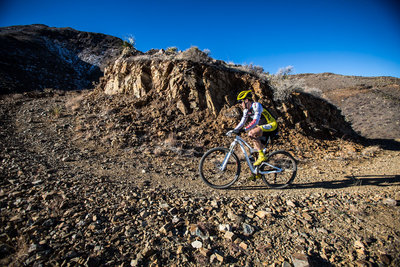 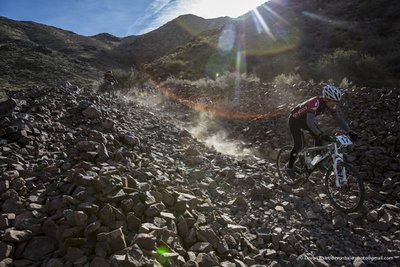 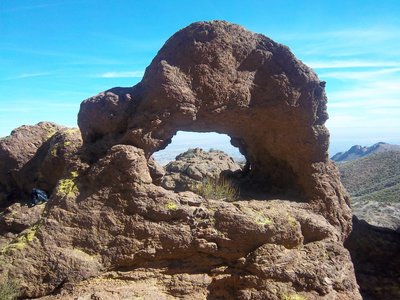