Mount Livermore rises 800 feet above the middle of San Francisco Bay and is the summit of Angel Island. Don't visit Angel Island without a bike or without hiking to the summit at least once.

The only way to get around Angel Island, other than organized tours, is on foot or by bike. Bicycles are only allowed on the paved Perimeter Road or on the dirt Fire Road Loop that encircles the island a few hundred feet above the paved road. Only State Park vehicles and tour trams use the paved road.

Most bicyclists stay on the Perimeter Road doing a single loop around the island, while fewer venture up onto the Fire Road Loop. This ride completes a loop on both trails and includes an optional hike to the summit.

Ferries to Angel Island depart from San Francisco (BlueandGoldFleet.com) and Tiburon (AngelIslandFerry.com). Tiburon is closest with paid parking near the ferry and free parking a few blocks away. Fares are $16-$18 including bike and park entrance. Schedules vary by season with reduced service in the winter. Pay attention to the last ferry departure time.

Avoid busy summer weekends and foggy days if possible. Best times are during fall and spring or warm spells during the winter.

Disembarking at the ferry pier on Ayala Cove, there are restrooms and a small caf directly across the way. A short distance away is the two-story visitor center with picnic grounds. If this is your first visit, you may want to stop in and get oriented. Across the road is the start of the bypass trail that takes you up to the Perimeter Road. This is a wide singletrack that avoids the steep paved driveway.

This ride follows the Perimeter Road counter-clockwise since this is the shortest way to views of the Golden Gate Bridge and San Francisco. It's not flat. It climbs gradually circling the cove with eventual views over Ayala Cove and across to Point Tiburon. As it turns south, you reach an old dilapidated building that was part of the Civil War-era, Camp Reynolds. The side trail leads down to the parade grounds and garrison. Near the brick building at the end of the parade grounds is a small beach (with a great view of the Golden Gate Bridge), a picnic table, and restrooms.

A little further on the Perimeter Road is the first expansive view west to the Golden Gate, Alcatraz Island to the south, and the city beyond. Views abound along the southern stretch of the road as it follows the island contours above the steep shoreline. There's a steep downhill near an old Nike Missile site where a sign says bikes must be walked.

As the road turns north along the eastern shore you encounter another mostly abandoned military installation called Fort McDowell. Another side trail leads to Quarry Beach.

Next stop is the old Immigration Station. Just before reaching the station, the Fire Road Loop starts between two whitewashed buildings - a park maintenance building and a fire station. Follow this road as it climbs steadily to the loop section. This ride follows the loop counter-clockwise. As it circles the north side, the trail is mostly shaded in oak woodland which opens up to shrub and chaparral on the west and south sides. There are views all around from a higher perspective.

About three-quarters of the way around near the southeast corner of the island is the Ida Trailhead for an optional hike to the summit. A bike rack is available for locking bikes. The Ida Trail is the most direct and probably steepest of the summit hiking trails. It's only 3/4-mile and partly paved as it climbs 400-ft. The summit affords a 360-degree view of the entire bay.

After completing the Fire Road Loop, it's about a mile on the Perimeter Road back to Ayala Cove.

Angel Island was a U.S. Army base from the late 1800's and old buildings and other remnants are all around. It was called the "Ellis Island of the West" after the Immigration Station was established in the early 1900's. During the Cold War it housed one of the Nike-missile defense sites that ringed San Francisco Bay. The State Park was established in the early 1960's. 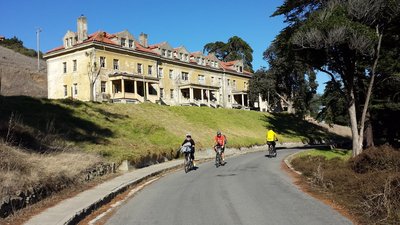 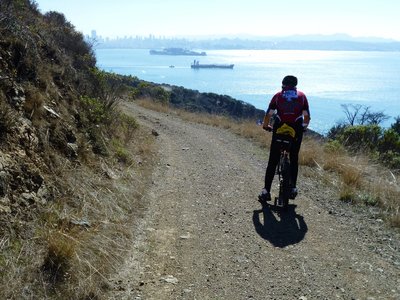 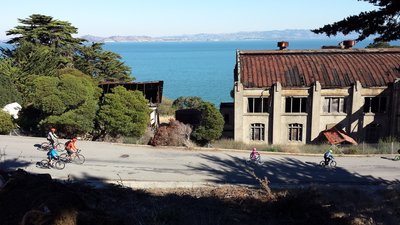 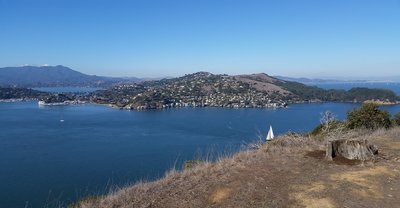 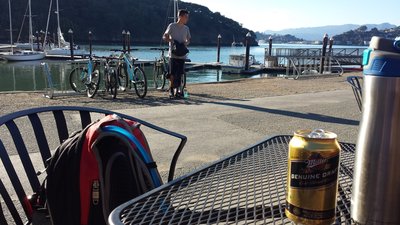 All Clear 2 days ago See History