“Bunsen Peak Road is one of the best mountain bike trips in Yellowstone! ”

The Bunsen Peak Road Trail is primarily used by mountain bikers in the summer and skiers in the winter. If you see buffalo on the road, try to stay at least 25 yards away.

The one-way, mostly downhill Bunsen Peak Road is one of the best mountain bike trips in Yellowstone. In the winter, it's part of a great cross-country ski trail from Indian Creek Campground to Mammoth Hot Springs.

The 6.3-mile Bunsen Peak Road Trail begins on the east side of the Mammoth to Norris Road, just south of Rustic Falls. The dirt road rounds the "backside" of Bunsen Peak and ends near Mammoth Hot Springs. The first 3.2 miles are mostly level and wander through open meadows frequented by buffalo and elk. To the west are nice views across Swan Lake Flat to the Gallatin Mountains.

At the 3.2-mile mark, the Bunsen Peak Trail joins from the left, the road enters the forest and begins a steep 950-foot descent over the next 2.2 miles. Right after the junction, the road passes Osprey Falls Trail (on the right). That trail leads steeply down into Gardner Canyon to the base of 150-foot Osprey Falls.

The road continues to twist and turn its way down through forests heavily burned by the 1988 fires. That year, the intense North Fork Fire, the largest of eight major fires during that extraordinary summer, roared through this area. As devastated as this forest appeared, by some measures it was more alive than before. The fires opened the overhead canopy and cleared the cluttered forest floor. Within weeks, grasses and other plant life began sprouting and small animals began feeding on the feast of seeds dropped during the fire. Burned trees attracted insects that in turn attracted a variety of birds. Stop and survey the changes that have occurred in the 30 years since the fires. Listen for the sounds of a forest alive.

At the 5.4-mile mark, the road reaches its lowest point as it crosses Glen Creek. From there, the road climbs 175 feet in the last .9 miles. Near the end, the road passes through an employee housing area before reaching the main highway about a mile south of Mammoth Hot Springs. 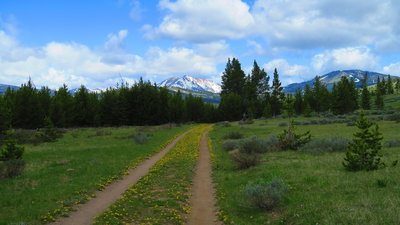 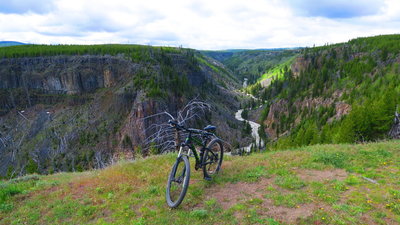 All Clear 63 days ago See History