Fishers Track mountain bike trail includes a 520m descent through farmland and rural gravel roads. Be ready for a steady climb to the summit and then a long 17km downhill stretch. The track runs through a beautiful remote valley, but it is mostly gravel roads.

The end of the trail at the monument is in a remote area, and you'll need to arrange return transport. Contact My Kiwi Adventure in National Park Village for transport and bike hire.

Start from National Park Village at the end of Carroll Street over the railway crossing. Be ready for a steady climb to the summit followed by 17 kms of downhill along a grassy farm track and rural gravel roads with a gradual climb up to the finish point at the Kaitieke First World War Monument.
Fishers Track links up with the Bridge to Nowhere track in the Mangapurua Valley by taking a left at the Monument and riding 26km to Whakahoro where Oio Rd meets the Whanganui River.

Formed in 1896 to allow access to Retaruke and Kaitieke Valleys.

The trail was used by early European settlers for horse coach traffic coming from up from the Whanganui River via Wades Landing. (Which is on the Kaiwhakauka section of Mountains to Sea - Nga Ara Tūhono at Whakahoro).

The end of the trail is at the Kaitieke First World War Memorial, it is devoted to the men of the area that fought and died in The Great War. Also, at Kaitieke is an amazing horse monument, celebrating 100 years of the Returned Services and dedicated to the horses that carried soldiers into the war, and across the land. Have a go at counting the number of horse shoes - we are still to confirm just how many were used in its construction. 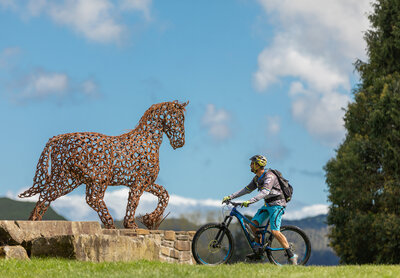 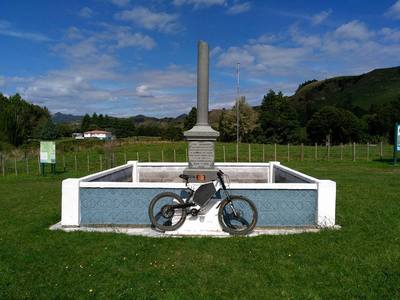 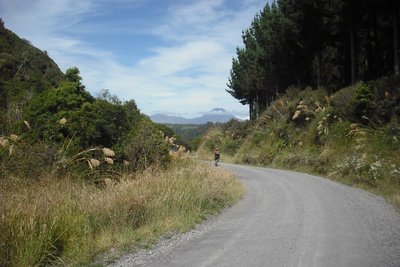