Barkeater is actually not as difficult as its name might suggest. Its northern end is on the Cloudland Canyon Connector Trail - Price Branch Section just southwest of the Ascalon Trailhead and a nice wooden bridge.

It begins by winding with a gentle descent along the natural contours of the drainage features on the Lookout Mountain plateau between the Cloudland Canyon Connector Trail - Price Branch Section and GA-189. About a mile down the trail, you'll encounter a rock garden that appears to have been strategically placed to interrupt your "zen mode."

The rock garden is not terribly difficult, but this is the only reason this trail isn't rated easy. It only lasts for a few hundred feet and the trail goes back to its previous flow for a little while.

Shortly after the rock garden, you'll encounter a fork in the trail, where your options are Poor Pony or Kindergarden. Kindergarden is rated difficult, and Poor Pony bypasses the more difficult Kindergarden option. On Poor Pony, you'll be able to see at several points the Cloudland Canyon Connector Trail - Price Branch Section, and you can bail out if you need to. However, the remainder of the trail is relatively easy and does not feature any more rock gardens.

Poor Pony and Kindergarden come back together within half a mile and continue as Barkeater. The rest of the trail is about the same as it was before the rock gardens: easy, flowing, and descending slightly. Barkeater eventually ends back at the Cloudland Canyon Connector Trail - Price Branch Section, just uphill from the Price Branch Bridge. 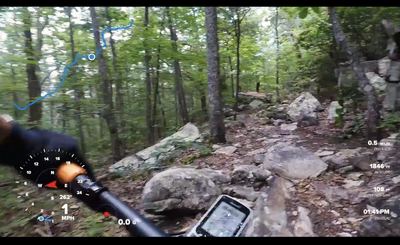 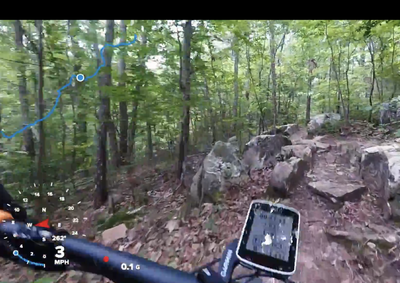