“There are many ways to enjoy Jakes Rocks, but this ride hits just about every trail in phase 1! ”

Family Friendly Although there are some tougher sections, if your kid is up for an adventure and has some stamina, this is very doable.

Be aware of PA hunting seasons.

This ride is a showcase of all the trails in phase 1 of the trails at Jakes Rocks. Completed in 2016, the loop hits all the trails on the perimeter before doubling back a little bit to climb up to Coal Knob and then hits a gradual descent back to the trailhead.

Starting from the picnic area trailhead at Jakes Rocks, stay to the right and head out on Tuttletown for a gradual climb along the edge of the plateau. There a few opportunities to catch a glimpse of the valley and the Kinzua Reservoir through the trees, which will get better in the fall. The trail crosses the road couple of times, before turning east and heading downhill. Tuttletown eventually becomes Coal Knob.

Continue on Longhouse Trail where Coal Knob meets Elijah. Get ready for the longest sustained downhill in this phase, dropping for over a mile and a half. There are multiple optional lines that include hips, rock gardens, and drops. There are also several wooden puncheons and cool armored sections to deal with wet areas.

Longhouse Trail eventually levels out and after crossing several drainage areas the trail starts to climb, crossing FR 492 where it becomes Vulpes. After a short climb, take a right on Cornplanter and descend again for a short bit, passing through some large boulders. Now make a left on to Three Sisters.

Three Sisters is the only trail (so far) that is built by hand by local volunteers, and the difference is readily apparent. The surface is looser and then proceeds through some very tight rock chasms that no machine could fit through. There are several cool rock features in this section that make for cool photos, if you want to document your ride!

At the end of Three Sisters, turn left on to Seneca for a short, fast downhill, including a natural wall ride. There are multiple, very cool wooden puncheons as well as rock features that flow really nicely in the other direction if you have some energy left at the end of this loop.

Once you get to the top of the plateau, take a left on Coal Knob. Coal Knob starts out climbing slightly. Once on top, you cross a broad piece of exposed sandstone, reminiscent of Dupont or even Moab slick rock. On the far side of the knob, the trail drops into some of the best flow in this phase.

At the intersection with Elijah and Longhouse Trail turn right and connect to Tuttletown to continue flowing back to the parking lot.

in Trails at Jakes Rocks

in Trails at Jakes Rocks 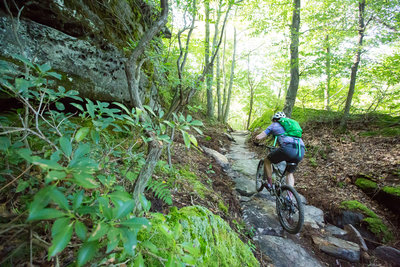 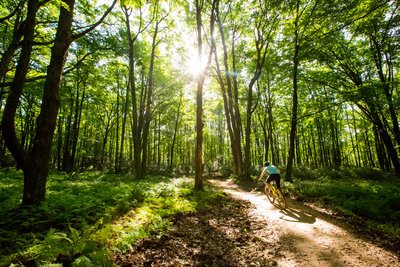 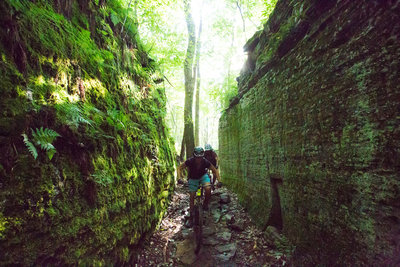 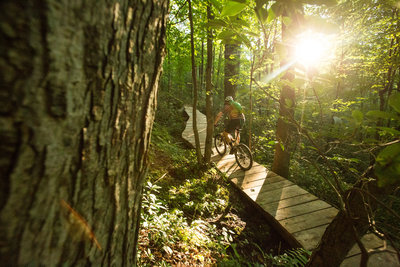 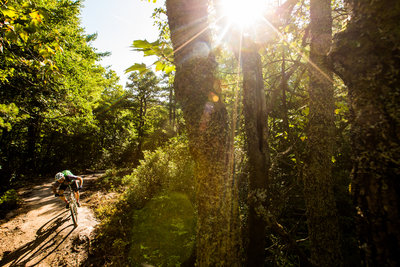 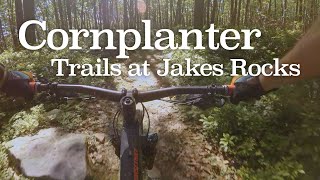 All Clear 72 days ago See History