“An enjoyably technical ride with some rocky sections as it travels through the woods at French Creek State Park. ”

Family Friendly Camping, boating, and other activities can be found in this area, which makes this a great part of a family visit.

This ride takes you over multiple trails in the French Creek State Park system. There are technical rocky sections and other areas of straightforwards singletrack. You'll ride by organized campgrounds, Scott Run Lake, and the Hopewell Fire Tower. Trails are well marked and most riders should be able to make it through the technical sections without having to walk.

Lately, I haven't seen any maps at the park offices so I suggest using a GPS, the MTB Project mobile app, or printing out a map which can be found on the park's website here.

Enter the park from the south or west and park near the Hopewell Lake recreation area. Head southwest on the entrance road to the start of the climb on the West Entrance Connector Trail which leads up to the yellow-blazed Horse-Shoe Trail: French Creek State Park. Turn left and continue climbing. After a short distance, the white-blazed Turtle Trail begins. Continue straight, following the white and yellow blazing.

The Turtle Trail loops through a quiet and isolated section of woods on the western edge of the park. After a few miles, continue straight at the intersection with the Boone Trail. The blue blazes soon turn to the north, where riders will encounter technical steeps and lots of rocks. You'll also cross some wooden bridges and roads along the way.

Eventually, the Boone Trail overlaps with the Horse-Shoe Trail: French Creek State Park for a short distance. Where the two separate, continue straight to follow the yellow blazes. Look for the start of the Six Penny Trail on the right and follow the orange blazes for an easy ride. Note that much of this trail is closed to bikes so turn right on the Six Penny - Boone Trail Connector when you near Campground #3.

Briefly follow the Boone Trail again and then make the right to follow the Lenape Trail for a fun descent marked with green blazes. When you meet Scott's Run Road for the second time, follow it toward the dam at the edge of the lake. This makes a great spot for a break and it also provides nice views as your pedal above the water.

On the other side, continue on Horse-Shoe Trail: French Creek State Park until it overlaps with the Boone Trail. At the next intersection, turn left to follow the white blazes of the Turtle Trail up a rock garden climb. At the top, turn right for a quick out-and-back on the Ridge Trail to a nice scenic view near the fire tower.

One back at the intersection, descend the blue-blazed Boone Trail to the west. At the last intersection before reaching the road, continue straight on the Horse-Shoe Trail: French Creek State Park until it reaches the pavement. Turn right and continue down to where you left your car. 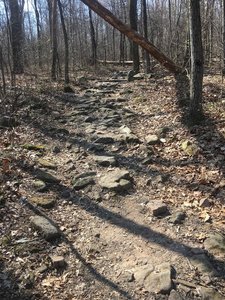 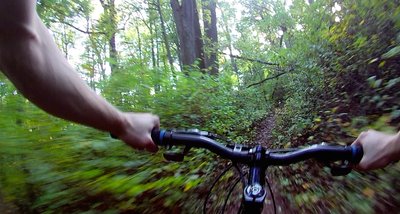 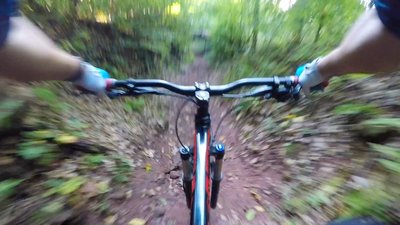 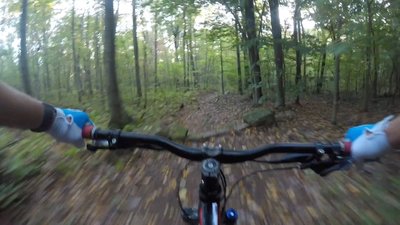 All Clear 65 days ago See History