“A remarkably rideable bikepacking route in central Colorado with options for seven rather unrideable peaks along the way. ”

Riding the 14ers along this loop is a fringe activity that, as of the summer of 2016, was permitted by the US Forest Service on all the peaks included on this route. Continued access by mountain bike is tenuous, so it is of paramount importance that mountain bikers exercise the utmost respect and kindness toward hikers and horse riders on these trails, and practice conscious mountain Leave No Trace skills.

Towering mountains, cheery small towns, abundant flowy singletrack, and the option to tackle as many as seven bike-legal 14ers along the way - a classic choose-your-level-of-challenge route in the heart of the Colorado Rockies.

● Ideal time of year: For the base loop without including the 14ers, mid-July to mid-September are the ideal time of year. Following particularly snowy winters, the climb over Mosquito Pass (13,000' at the top) may still be snowy through mid-July. If attempting to tackle 14ers along the way, mid-August to mid-September is the narrow window in between sufficient snow melting off the peaks and the first snowfalls of the next winter.

● Safety concerns: Be particularly wary of afternoon thunderstorms. These convective storms often are quite electric, and lightning strikes are very common, and fatalities due to lightning strikes can happen. Take this risk very seriously. Plan to be down below treeline by noon at the latest.

The mountains of central Colorado are home to the highest concentration of 14,000-foot peaks in the Lower 48. And some of those peaks are somewhat rideable and open to bikes, although few riders ever tackle such challenging terrain. This loop connects routes up seven of these 14ers with another ~200 miles of beautiful, singletrack-rich riding between Salida and Leadville. So choose your adventure – an enjoyable 4+ day loop, throw in a 14er adventure or two, or try and tackle all seven for a truly exhausting endeavor.

The recommended beginning and ending point for this route is the small town of Salida, a hub for any and all forms of mountain recreation. From Salida, the route climbs west to join the Colorado Trail, and the flowy singletrack winds its way north along the flanks of the Collegiate Peaks to the towns of Buena Vista and Leadville. Four of the 14er options sit just west of this section of the Colorado Trail – Mounts Shavano, Antero, Huron, and Elbert (Colorado's highest peak). Each of these peaks requires a steep 4,000-foot climb with hike-a-bike, to reach the summit and some top-notch technical skills for the descent back down.

From Leadville, the steep climb up Mosquito Pass leads to the tiny town of Alma and the next two and most rideable 14ers, Mounts Cameron and Lincoln. The route then heads south on bike path and dirt roads, past Mount Sherman, the last of the 14ers, eventually reaching primitive singletrack below the eastern slopes of Buffalo Peaks. A few dozen miles of quiet forest roads leads to a final 2,000-foot singletrack descent that leads directly to downtown Salida, closing the loop with an exclamation point.

This route was developed by Bikepacking Roots and collaborators.

This route was the brainchild of Scott Morris in an ambitious attempt to connect all the "semi-rideable" and bike legal 14ers on one bikepacking loop (with the exception of Pikes Peak). Scott and Kurt Refsnider developed the resulting loop, choosing the most rideable and enjoyable links in between the 14ers. Final route scouting was completed in the summer of 2016 by Kurt, Scott, and Eszter Horanyi. 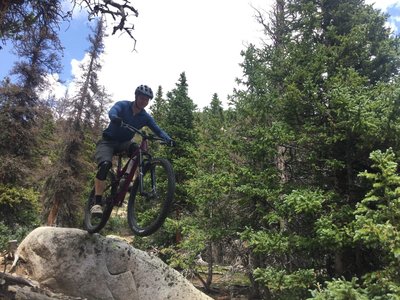 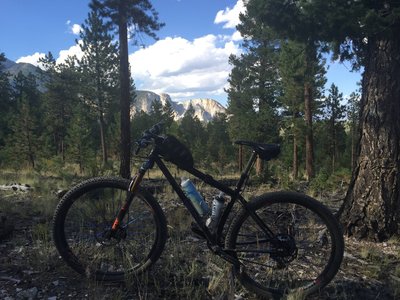 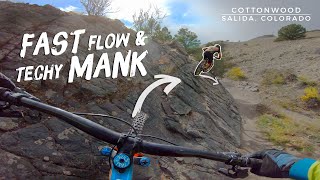 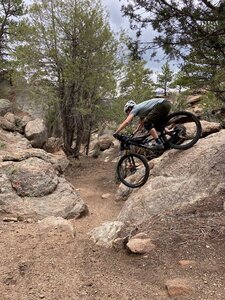 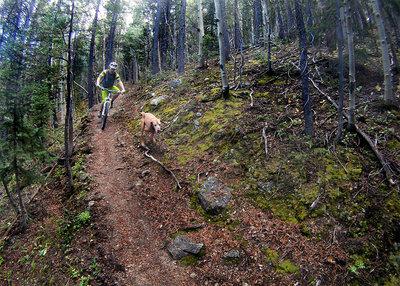