“A steep climb leads to a technical descent through mountains liberated by WWII partisans. ”

The loop begins with a steep climb up to a ridge from which the views are awesome. You then come to a portal and begin a long, steep, technical descent. There is a rifugio (mountain hut) with amenities and refreshments after the most difficult part of the descent and then the rest of the descent follows a historical trade route. The last part of the ride follows an easy, flat, paved bike path along the Torrente Pioverna back to the start.

The route is lined with memorials to the partisans, particularly for the 55° Brigata - Garibaldi "Fratelli Rosselli" (55th Brigade - Garibaldi "Brothers Rosselli") that was active in the Valsassina against the Fascists and Nazis during World War II.

Nobody is going to love 100% of the riding along this loop with very technical sections, very easy sections, road sections, and some long, arduous climbs that will all appeal to different groups of riders. But this loop is quite an adventure and it does pass through absolutely beautiful territory.

There are several parking places in the city center of Taceno. The climbing starts immediately on Strada Provincial 67 (SP67) until you reach Margno. In Margno, you can take the Funivia Pian delle Betulle that will save you a good portion of the remaining climbing. If not, turn right on via Piave just before the main parking area in the city center of Margno. This takes you to the village of Crandola Valsassina where there is the first of many monuments and memorials to the partisans that were active in this area during World War II.

Here begins the Pian delle Betulle climb. Part of the road is open to vehicular traffic, but the route is mostly gravel and cobblestone with occasional cemented sections. This is not a technical trail, but it is quite the climb, averaging 11% grade. And to be particularly wicked, the steepest parts are near the top at Alpe Grasso, so it gets you after you're already tired. Finally you reach Pian delle Betulle which is a flat, open area below the summit of Cima del Laghetto (1,733 m; 5,700 ft).

You may think you've reached the top in Pian delle Betulle since it is at the top of the lift, but the climbing continues on the doubletrack viale Sciatori. This is a relatively easy, dirt farm road that follows the ridge of short peaks on the north side of Valsassina valley. The trees on top of the ridge have been cleared to provide summer grazing lands for dairy cattle that are used to produce the local Taleggio cheese. This makes for some excellent views down into the Valsassina valley over 1,000 m (3,300 ft) below you, where you can see the Torrente Pioverna (river) as it empties into Lago di Como. To the north, you've got the 2,500 m (8,200 ft) peaks and to the south the 2,000 m (6,500 ft) peaks of the Bergamo pre-Alps. Near the high point on the ridge at 13 km (8.1 mi), there is a large memorial to several of the fallen partisans who were killed in the area.

At the end viale Sciatori, continue onto the Porta Biandino singletrack. It doesn't look so bad from viale Sciatori, but you'll climb almost 120 m (400 ft) in the first 0.8 km (0.5 mi). The trail becomes washed out towards the top of this climb where it crosses a mountain stream - plan to carry the bike for a short distance. Finally about 17 km (10.7 mi) into the ride, you reach the highest point in the ride and the most impressive view.

Just after crossing a saddle, you'll pass through a doorway which seems out of place. This is the signal that the descent is about to begin and makes for a good place to strap on any knee/shin and/or elbow pads you might have brought along. The descent is along narrow singletrack with occasional exposure and some very steep grades. The steepest descent starts at 18.5 km (11.7 mi) just after you cross a stream: you'll drop over 200 m (700 ft) in 0.8 km (0.5 mi). There are a couple of groups of close in succession switchbacks along the way. To add to the difficulty, the trail enters a brushy area, so some roots are thrown into the mix. Because the trail is so narrow, you might appreciate those shin/knee pads you lugged up to the top so the brush doesn't scratch your shins.

The Rifugio Tavecchia (mountain hut with food/beverages) lies at the bottom of the Porta Biandino singletrack. From there, you pick up the via del Bitto Section 4: Madonna della Neve a Introbio. After another monument, the via del Bitto singletrack is quite technical with a lot of rocks, including some narrow passages and short drops in addition to being a relatively steep descent. It's not as technical as the Porta Biandino singletrack, and the main valley road exists as an alternative if you've had enough.

The via del Bitto takes you into Introbio and then you follow some local roads to get to the Ciclabile della Valsassina. This peaceful paved bike follows the Torrente Pioverna through the Valsassina valley to SP67 just outside Taceno.

During World War II, the Italian partisans were very active in this area against Mussolini's fascist (Italian) regime and the Nazi's of Germany especially after the armistice between Mussolini's Italy and the Allies in 1943. The partisans had achieved a degree of liberation of the territory until the Germans moved into the area to begin a roundup of partisans during October 1944. All the shelters and huts above 1,000 m (3,300 ft) were destroyed, 130 people were killed, and 500 were deported.

From Introbio, the partisans began a long trek north to Switzerland which they reached on 1 December. You'll pass by a number of monuments commemorating the partisans.

This ride is named after the 55° Brigata Garibaldi "Fratelli Rosselli" group of partisans that was active in this area. 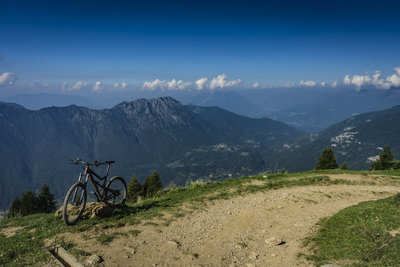 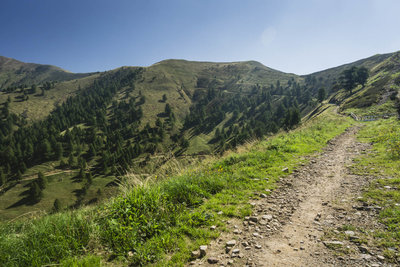 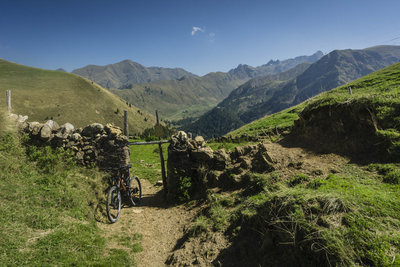 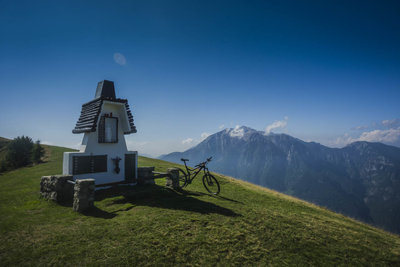 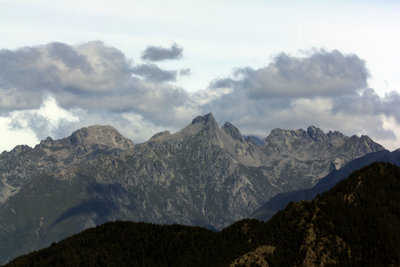 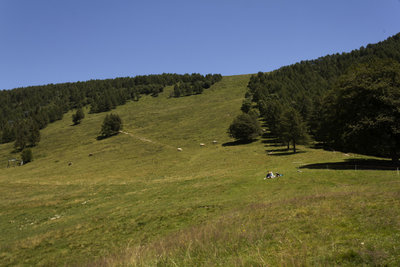