“A two-hour ride exploring the remains of a historic old tramway line, next to the main trunk line. ”

Family Friendly This trail is easy enough riding so that the whole family can enjoy it. Allow about two hours for the whole ride.

The Marton Sash and Door Tramway Trail starts and finishes at National Park Village and is suitable for the whole family.

Opposite Mountain Hights Lodge, turn right through the squeeze bars and ride across farmland and up the hill into the hobbit like bush. The track follows the old bush tramway route with spectacular views at open points, in between areas of regenerating native forest.

You'll see relics of a bygone era, old log bridges, rail irons, huts, dams and tram skidways. The trail travels for 1km up Cuff Rd on the gravel before re entering the bush and the west Branch section - where there are still obvious reminders of its past.

The track rejoins and heads back along the same route back to National Park Village station.

More information on the track and its history can be found on the Mountainstosea.nz site (as it is an official section of the connected network).

An alternative entry is through the private land at Mountain Heights Lodge.

This trail was recently rediscovered after being abandoned when the tramway shut down. A large local effort resulted in the trail being opened as a mountain bike trail. 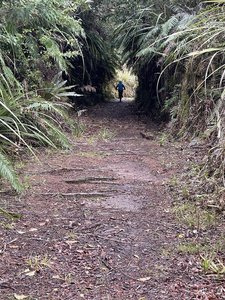 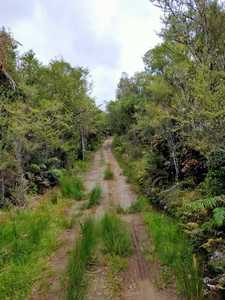 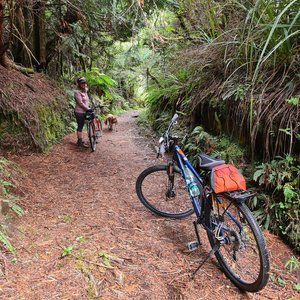 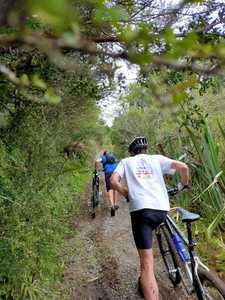 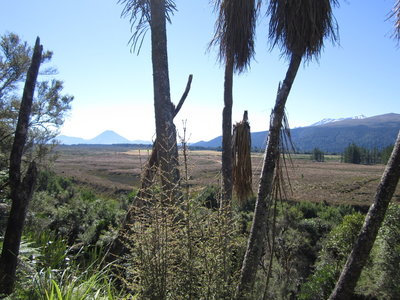 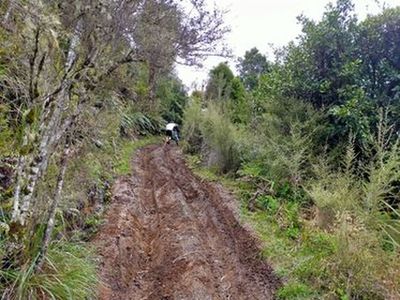