“The Kettle offers voluminous and awesome singletrack to test your mettle. ”

One Way Only: This is designated as a directional trail.

Kettle Moraine has some awesome, flowy singletrack with a little bit of everything. The Kettle Scuttle is a big loop featuring the Blue Loop of the John Muir trail system and the Green Loop (Emma Carlin) of the Emma Carlin trail system along with the two long connector trails which are fun to ride in their own right.

The route features its share of rocks, roots, steep climbs, fast descents, switchbacks, and the occasional sandy section through forest, meadow, and fields. You may even find the kitchen sink in Hell's Kitchen. And if you stop for more than a few seconds, the mosquitoes will urge you on.

The loop starts with the Blue Loop in the John Muir Trail system. The Blue Loop features some more technical areas such as the Bog Trail and Squirrel loop earlier in the ride. These are tight, twisty singletrack through the forest with occasional rooty and rocky sections.

After a couple miles of this, the Blue Loop enters some flatter, sandy sections (Sandy Bottom and The Beach) as you pass by a couple of kettle lakes. After the Beach, you enter the Recovery Zone with some easy riding through a perfectly planted grid of pine trees. Next up is Hell's Kitchen, which might be the most difficult segment on the loop. Hell's Kitchen features a higher density of rocks and roots along a short but steep climb, including some tight switchbacks.

At the top of Hell's Kitchen, you'll reach the Cross Roads and you should head towards the Connector - North trail. This is a roughly five-mile trail that passes through varied terrain (fields, meadows, forests) on a mostly singletrack that. The tread varies from packed loamy soil to sandy soil to rocks with some more difficult sections. The two connector trails merge at all road intersections, with the northbound trail always keeping to the right.

This takes you back to the Cross Roads where you'll complete the rest of the Blue Loop.

The loop is easy enough to be accessible to intermediates who are hungering for a longer ride, and advanced riders will enjoy the great flow (and potentially) great speed of the uninterrupted singletrack sections.

This trail system is very well-marked and obviously receives a lot of love from the local trail gnomes. After the ride, there's a cool little General Store which comprises the entire metropolis of LaGrange at the intersection of US12 and County Highway H. The General Store has great sandwiches, excellent post-ride beverage selection, and a full-service bike shop including rentals.

Kettle Moraine State Forest protects some interesting geologic features. The topography was formed when two ice sheets met during the last Ice Age. At the intersection of these two ice sheets, large deposits of glacial moraine were left forming a hilly landscape. Large chunks of ice left among the moraine later melted leaving depressions in the landscape forming the "kettle" lakes characteristic of the area. The Kettle Moraine runs from the Door peninsula down towards Whitewater, WI with sections protected as Kettle Moraine State Forest. 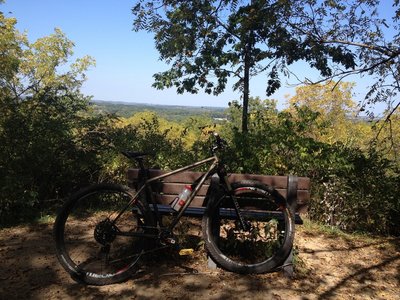 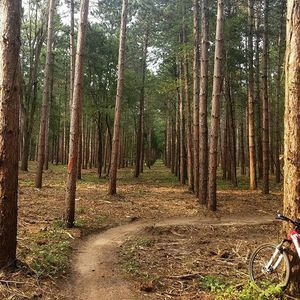 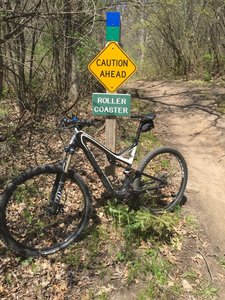 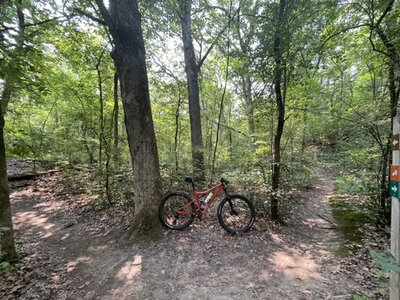 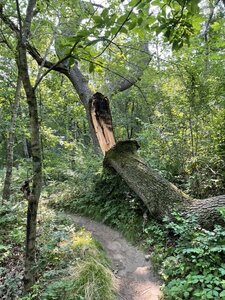