“A classic high-elevation route with great history and amazing views. ”

The Alpine Loop ascends two high-elevation passes between Lake City and Silverton. It is mainly composed of Jeep/UTV roads, but it provides a quality mountain biking experience as well.

There are no potable water/food stops along the route except for in Lake City, so plan accordingly.

The Alpine Loop is a long ride with significant elevation and exposure above treeline. It is about 90% dirt road, 20% of which is rough enough to require vehicles with 4-wheel drive and clearance. You are bound to encounter numerous UTVs and jeeps, but the views and exposure make it a worthy adventure.

The Loop takes you over two passes (Cinnamon and Engineer) between Lake City and Silverton. It can be accessed from Lake City, Silverton (via CR 2) or Ouray (via CR 17 off of Red Mountain Pass). The described route starts and ends in Lake City.

The Loop can be done counter-clockwise as well. An early start is recommended due to the risks of afternoon thunderstorms and Jeep/UTV traffic.

There are a number of historic mining sites and towns along the route. 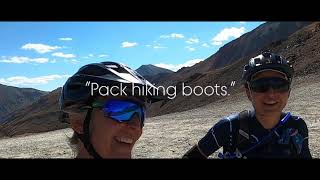 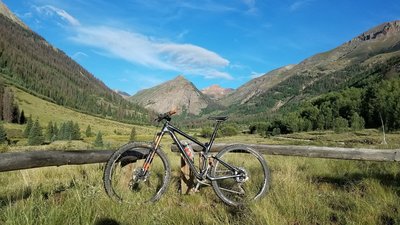 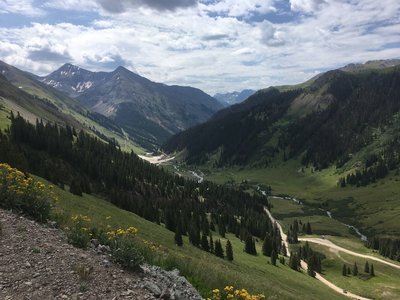 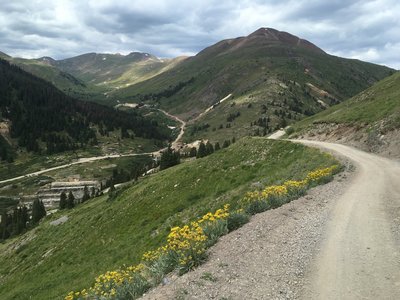 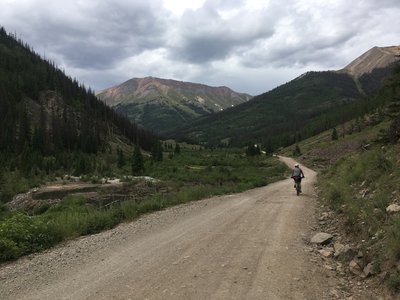 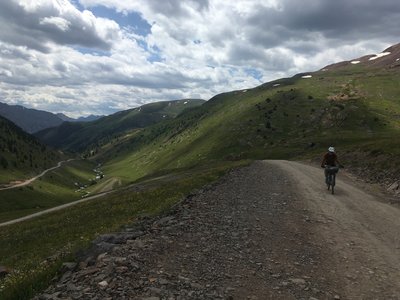 Oct 2, 2021
Eric Munsing
Started in Ouray, ended in Silverton as part of the "extended alpine loop. Amenable to a gravel bike; perhaps best enjoyed on a light hardtail. 71.5mi — 12h 20m
Sep 16, 2021
Megan Hottman
This was MUCH harder to ride on the mtn bikes than we expected-- we ended up walking MOST of the 2 passes, Cinnamon was only slightly easier than Eng. 50mi — 7h 30m
Sep 5, 2020
Anna West
Saturday to Sunday overnight bikepck. Camped in Animas Forks.