“Clear Creek Trail is a fun, easy paved bike path along Clear Creek connecting Denver to Golden and the MTB trails there. ”

Plenty of bathrooms and parking along the trail at the many parks. Bike shops and dining options are thick on the ground in Golden. Some parts of the trail near parks in the Golden, Wheat Ridge, and Arvada can get busy with trail users on weekends and might require a bit of patience. There are a few very short on-road portions along the trail, but they are very low traffic. The trail in all but a few places goes under the roads, requiring very few road crossings.

The eastern portion of the Clear Creek Trail heading west from the South Platte River Trail to Little Dry Creek Trail in Westminster is lightly used and has few interruptions, passing through a region of light industrial activity and freeway overpasses. At Little Dry Creek Trail, you can head into the northwest suburbs and Standley Lake.

Continuing west on Clear Creek Trail, you are still in an area of light industrial businesses, but begin to see more small parks. The next bike path intersection is with Ralston Creek Path, which heads northwest into Arvada, and provides access to Old Town Arvada and ultimately to Blunn Reservoir at CO-93 north of Golden.

Continuing further west on Clear Creek Path you begin to pass through mostly residential areas of Wheat Ridge and Arvada and the number of parks and users increases. Once you pass under I-70 near Applewood, the surroundings again become more open and industrial as you pass between North and South Table Mountains and along the Coors industrial complex and CO-58. You can access North Table Mountain Open Space from Easley Road nearby, as well as nearby New Terrain Brewing and the Colorado Railroad Museum.

Your next intersection is with Tucker Gulch Trail in Golden. Turning north here gives you access to the west entrance of North Table Mountain and Golden Gate Canyon (if you're out for a road ride). Continuing south on Clear Creek Trail takes you into downtown Golden, along Clear Creek, with many food and drink options and several bike shops.

At the west side of downtown, the trail ends at CO-93, where it intersects the 93 bike path with an underpass to ascend the Chimney Gulch Trail singletrack at the underpass, or head north or south on the bike path to access Mt Galbraith or Apex Open Space trails. 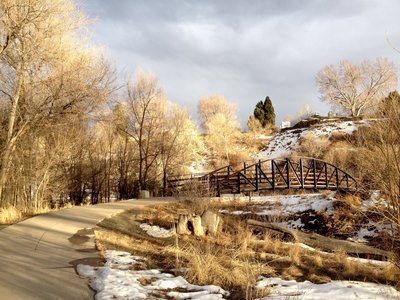 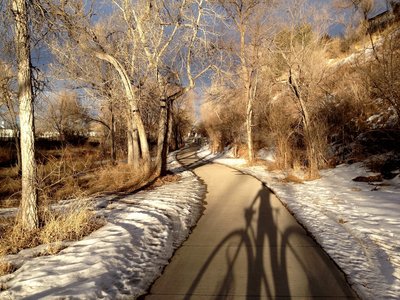 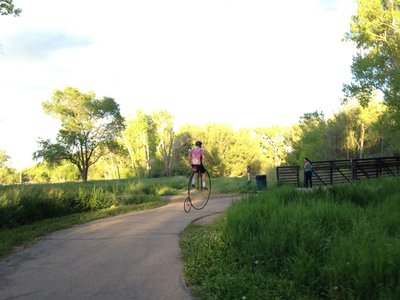 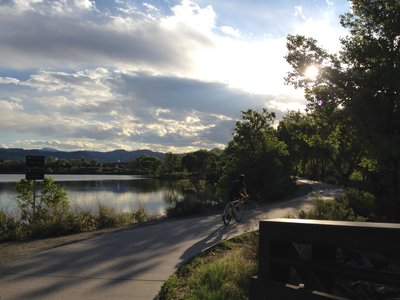 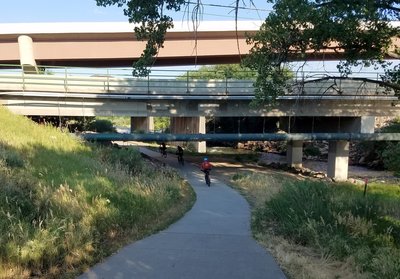 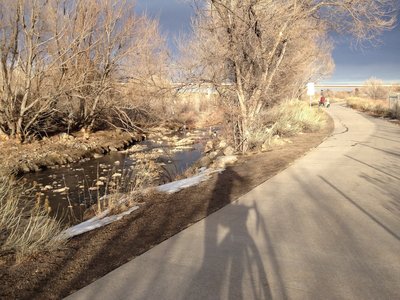