“A ride down an old gold miners' trail through luxuriant beech forest. ”

This loop features a 600m doubletrack climb then a technical singletrack descent through moss-covered beech forest. Eventually, the trail becomes doubletrack for a distance before singletrack leads down to river flats and several creek crossings.

The campground in the Howard Valley has basic toilets but nothing else. Sandflies can be voracious so be prepared. The whole ride can be done in under 3 hours.

The track owes its existence to the presence of gold which was prospected and mined in Louis Creek. For a day's exploring with some history thrown in, this is a ride worth doing.

Drive 18km west from St Arnaud on SH63 then turn south up Howard Valley Rd for 7.6km. Park at the campground beside the road.

From the carpark, backtrack along the road and turn left up the Porika Track road and ride 7km up to the top of the Porika Track, a climb of about 600 metres. Keep left where the road forks soon after crossing under the transmission lines. There are some short, steep sections on the road as you near the top, but for the most part, the grade is quite good.

A pylon access road leading to a viewpoint goes off to the right immediately after the crest of the Porika Track. 100 metres after the Porika Track crests, look out for a marker post on the left indicating the start of the singletrack which heads off through moss-floored beech forest.

After following a ridge for 5 minutes, the track twists steeply down through the forest with some tight technical riding before reaching historic slab-sided Booths Hut.

Soon after Booths Hut, the grade eases and the trail follows parts of an old water race and goes through piles of tailings before you come out on a 4WD road. Follow the road down past the memorial to the gold miners into a pine forest. Turn left at a trail marker post down a road to the river then follow the track down river with some crossings thrown in back down to the Howard Valley where your vehicle will be 100 metres to the left.

Howard River area was prospected as early as 1860, but the Louis Creek payable gold wasn't discovered until 1915. Initially, 50-60 miners worked the relatively shallow ground in and beside the creek but at the peak, there were about 150 miners working on the field which was soon worked out.

A handful of miners remained working the area through until the 1930's when the area got a new lease of life during the depression when quite a few subsidized miners commenced reworking the field.

Booths Hut was built in 1933. A family of depression-era miners lived here on the Louis Creek goldfield. The building, built out of rough sawn and split native timbers, still survives up in the bush above Louis Creek and is in the process of being restored. 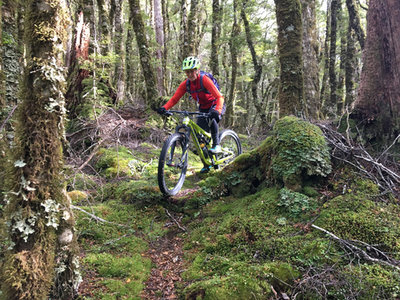 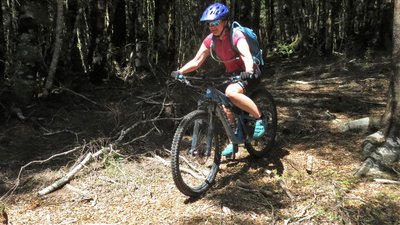 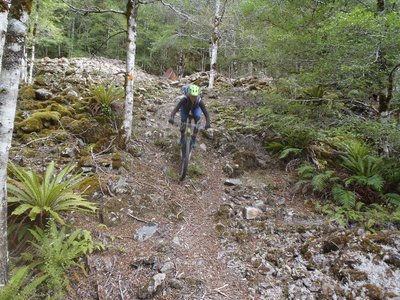 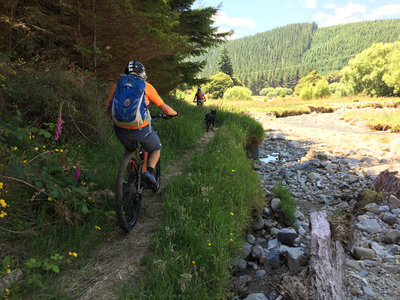 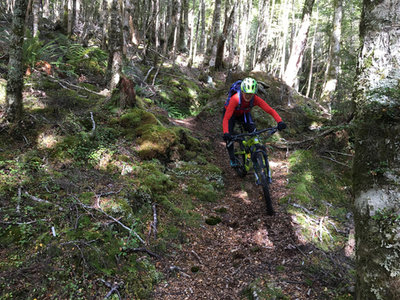