The almost entirely unpaved Hey Joe Safari explores nearly every type of surface you could hope to ride on a visit to this epic little pocket of SE Utah, from slickrock slabs and sandy roads to twisting singletrack. Its name is derived from two parts: Hey Joe Canyon and the sandy Jeep Safari routes it follows.

Known as canyon country, most mountain bikers rarely experience the beauty of these winding and beautiful drainages. The 1,000-foot hike-a-bike down into Hey Joe Canyon feels wildly exposed and requires a good sense of route finding to pick your way down. Yet, when you find yourself at the bottom, having unlocked this piece of the puzzle, you're rewarded with fantastic riding along the Green River, something not many cyclists get to experience.

Though it's steep and long, the climb out offers breathtaking views of an infrequently traveled area.

This route has been awarded a 5 out of 10 difficulty rating. Sandy surfaces, HAB, and water scarcity earn this route its grade. The sandy sections can make for some hard hours in the saddle, especially without the right tires (plus size recommended). The 1,000' scramble/hike-a-bike into Hey Joe Canyon is fairly easy to follow as long as the cairns are in place (rated "Class 2": Simple scrambling, with the possibility of occasional use of the hands. Falls could be serious or potentially fatal. Hiking Boots highly recommended). The route is based upon about 35-mile days, although some of those miles can roll fairly slowly due to the substantial amount of singletrack and small sections of sand. Water: to stash water at the Lone Mesa Campground (1 gallon/person) and the most northern crossing of Highway 191 (1 gallon/person). It's not recommended to drink from the Green River.

The Copper Ridge Dinosaur Tracks. The views of the nearby La Sal Mountains (visiting during the winter months creates quite the contrast between the red desert and snowy peaks). The seldom traveled and lesser-known "Needles Area," not to be confused with The Needles in Canyonlands National Park.

Riding the Magnificent 7 trails almost all the way back to the starting point.

This route was developed as a result of two other options being shut down. Even so, we were extremely happy that these circumstances led to the creation of this route. Weather turned us away from a scouting trip in the Bears Ears National Monument area, we didn't want to deal with permits for the White Rim, and the La Sals still held snow. Thus came the Hey Joe Safari, cobbled together after lurking around the internet and finding reports from others who had climbed out of Hey Joe Canyon.

By combining classic singletrack, a few random roads, and Hey Joe Canyon, we had ourselves a pretty neat weekend loop. After sending our proposed itinerary to several locals for feedback, Eric at Moab Cyclery responded with a bit of beta and a concern for the hike-a-bike into the Canyon. He'd never heard of anyone cycling it before.

We're happy to report that the hike-a-bike, although precarious, is manageable. 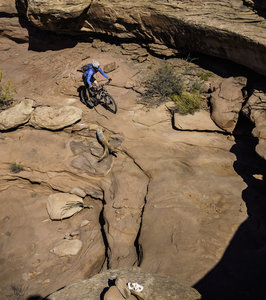 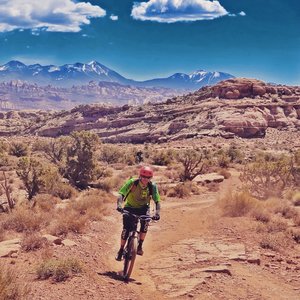 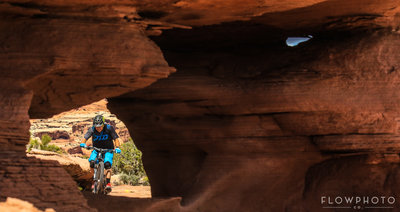 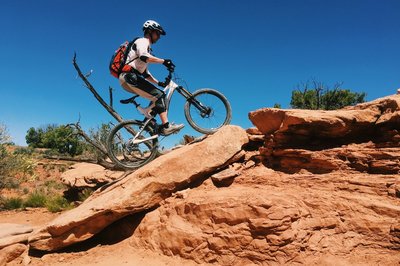 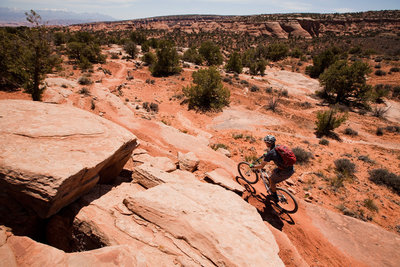 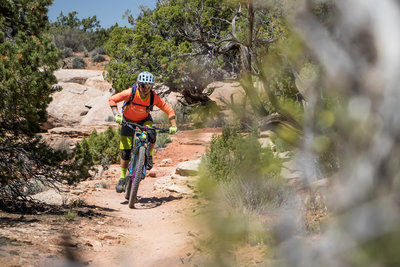