“Cruise through the pines to the head of Walnut Canyon and Fisher Point. ” This stem and loop trail rolls through open pine forest to the head of Walnut Canyon. This route passes by incredible sandstone walls at the head of the canyon and also takes in the views from Fisher Point. The climb to Fisher Point has a few short steep sections (easily walkable) as you pass over limestone benches. Otherwise, this is an easy ride.

The ride to Fisher Point can start from a number of different locations in Flagstaff, but this route begins on the edge of the NAU campus at the corner of Lone Tree Road and Brannen Circle. There is a small parking area here that can handle a few cars.

The route starts on the Flagstaff Urban Trail, a wide and smooth graveled path that follows the bottom of Sinclair Wash under steep canyon walls. After about a mile, the path goes under the westbound lanes of Interstate 40 and intersects with a very short paved section of trail that is used by the city to access a water treatment facility (heading uphill, this pavement leads to the end of Babbitt Road, which can be used as an alternative start point for the ride). Continue on the paved path under eastbound I-40, and then head clockwise around the small pond to the signed intersection with the Arizona Trail toward Fisher Point.

The AZ Trail here is an old jeep track that rolls with some short steep stretches through open pine forest. The trail passes very close to the ignition point of the 2010 Hardy Fire. Damage near the trail is minimal, although there are a few scorched trees and evidence of fire breaks that were constructed for containment. The AZ Trail is well signed - just keep a lookout for directional arrows at intersections.

At mile 3.1 of the ride there is an intersection with the Flagstaff Loop Trail (look for the small square signs indicating the Loop Trail), which marks the beginning of the loop portion of this route. The easier path (with less elevation change) to Fisher Point heads left on the Loop Trail. The route described here, however, continues straight on the AZ trail to take in the head of Walnut Canyon, and uses the Loop Trail as a return.

As the AZ Trail heads toward Walnut Canyon, it turns to singletrack and begins to descend continuously. Eventually the sandstone walls that mark the head of Walnut Canyon appear, with Fisher Point rising above. Signs mark the way toward the Fisher Point lookout, but a short detour to the entrance of Walnut Canyon is worthwhile to check out the shallow cave and looming rock. There is a trail that continues into Walnut Canyon toward the National Monument that would make an interesting side-excursion on foot.

The hard work on this ride involves getting from the canyon floor to the top of Fisher Point - a climb of ~400 feet in just over a mile. The ascent has a few short steep stretches and some challenging obstacles. Along the way keep an eye open for a signed intersection pointing to a side trail that leads to "Forest Road 9112C", which is used to close the loop on this ride.

The Loop Trail is smooth riding with minor ups and downs, and in no time you'll be back at the intersection with the AZ Trail - keep your eyes open, the AZ Trail is not marked at this junction. Turn right on the AZ Trail and retrace your steps back to the start of the ride.

Before the dams were built that contain Upper and Lower Lake Mary, Walnut Canyon actually had periodic water flow. These days, nearly all the winter runoff is contained, and I've never seen it running. 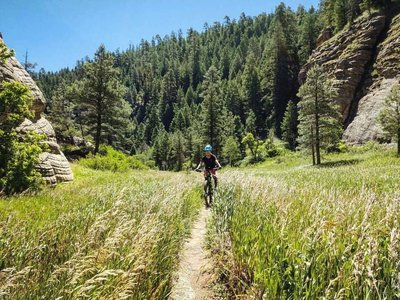 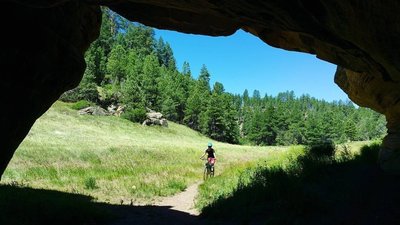 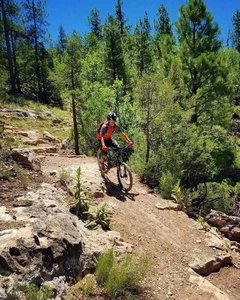 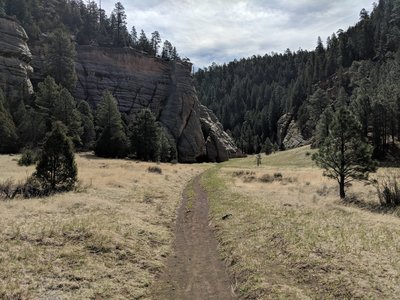 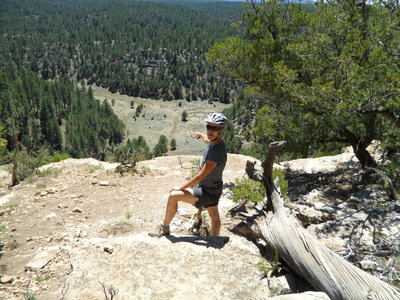 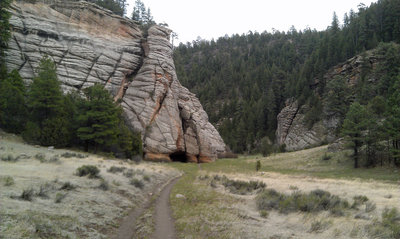 All Clear 73 days ago See History